Stevens-Johnson syndrome is a severe skin reaction most often triggered by certain medication. Most commonly it occurs due to severe reaction of any medicine you have taken. Stevens-Johnson syndrome is a less severe condition than toxic epidermal necrolysis. Few years ago they were thought to be different conditions but now come under same disorder. SJS most commonly involve skin and mucus membrane. SJS starts with fever and flu like symptoms. After few days there is blister formation which leads to peeling of skin. This blister later on converts into very painful erosions which feel like hot-water burn. SJS is a life threatening disease because skin normally acts as protective barrier and extensive skin damage leads to loss of fluid and allow infections to develop. 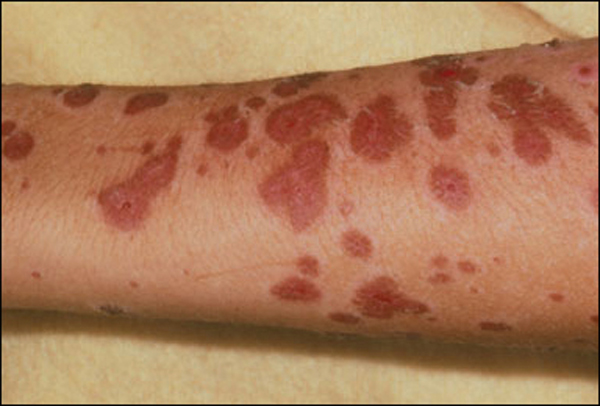 In ayurveda SJS comes under autoimmune disease. There is wrong reaction of our body’s immune system against our body. Our immune system keeps us disease free. It identifies all foreign bodies which come in contact with our body and block or destroy them. Ayurveda suggests that our immune system attacks body’s own cell not accidentally but it is a body’s reaction against harmful metabolites (ama). According to ayurveda digestive system plays a major role, weak digestion leads to accumulation of incompletely processed metabolites. Accumulations of ama in body leads to autoimmune diseases depending on the part of body involved. In SJS skin and mucus membrane is involved.

Who Are More Prone To Sjs?

SJS is a rare disease affecting 1 to 2 million people per year. SJS is more common than toxic epidermal necrolysis. People who are HIV positive and those who are suffering from chronic inflammatory disease called systematic lupus erythematosus are more likely to develop SJS than general population. The exact reason behind this disease is still unknown, but immune system factors and certain medicines may play a vital role in development of SJS.

Genetic changes are mainly associated with SJS. There are antigen (HLA) complex. This gene helps to distinguish body’s own protein than protein’s made by invading body (such as bacteria and viruses). This gene basically helps in allowing each person’s immune system to react to a wide range of high proteins. These variations of genes occur more often in people with SJS. Hence HLA-B gene reacts abnormally to certain medications which lead to SJS. Due to immune systems abnormal response, T cells and natural killer cells produces a substance called granulysin which destroy skin cells and mucous membrane. The death of these cells causes blistering and peeling of skin which are main characteristics of SJS. Most people with genetic variations that increase risk of SJS never develop the disease, even if they are exposed to drugs that can trigger it. There are rare genetic factors and non genetic factors most of which are not known yet are responsible for development this disease. The drugs more often associated with SJS include several medications which are used to treat various conditions. In adults Steven- Johnson syndrome is caused by an adverse reaction to medicines. The medicines that most commonly cause Steven- Johnson syndrome are:

Associated Diseases which Leads to SJS

Skin pain is most common symptom of Stevens – Johnson syndrome. Flu like symptoms is present during initial stages, and may develop:

After few days there is development of a rash which is darker in the middle and lighter on the outside. Rash is not itchy usually and it takes hours and days to spread over body.
Later on this rash is converted into large blisters which leave painful sores after bursting. The membrane inside mouth, throat, eyes and genital tract may also become blistered and ulcerated. This leads to painful swallowing and dehydration and weight loss. The surface of eyes is also affected which leads to corneal ulcers and vision problems, if not treated quickly.

Risk factors of in Stevens- Johnson syndrome include:

If you have HLA B1502 gene, you have an increase risk of developing Stevens- Johnson syndrome. Chinese people, South east Asian or Indian descent are more likely to carry this gene.

A diagnosis is made on the basis of combination of:

Treatment focuses on eliminating the underlying cause, controlling symptoms and minimizing complications as your skin regrow.