It happens in 33% females and in males, it happens to 20% when both attain the age of 50. One of my friends, Harmit Singh who is 52 years old and he lived near Kharar, a small tehsil near Chandigarh used to come and do his job in Mohali. He was an IT professional and earn handsomely in an IT firm. Daily he used to travel by car, but sometimes on his bike, a motorcycle. He was an excellent driver and also a farmer, he owned a farm on Kharar, Ludhiana road. We used to meet almost daily, sometimes on weekends I used to visit him on weekends at his farm with a few of his or mine colleagues and had a few drinks and sleep over there only as of the traffic on the Kharar Mohali road is always heavy. It was very rarest of the rare that anybody ventures out after having a few drinks.

One day when I had gone to Ludhiana and he was enjoying his drinks with his friends, an emergency call came to one of his friends, whose father had a heart attack and he had to go. But that day his friend had not brought a vehicle and asked my friend Harmit to get him back to Chandigarh, in sector 24. “OK, no problem I’ll leave you there right now, I need the Car tomorrow early in the morning ’cause I have to take my mom to Amritsar otherwise you could have taken my car,” Harmit stated. “Thanks, meet (Nickname of Harmit)” his friend said and both started the car and headed towards Chandigarh. They reached sector 24 and were told that his dad has been taken to PGI and both of them went there and inquired how the condition was at that time. It was fine and after spending some time with the family Harmit began his journey back.

He decided to take the route that went to Kharar via Kurali as it had very less traffic. He drove past Kurali very easily, but the moment he passed Kurali, all of a sudden, a cow came in front of his car and he pressed the brakes very hard, but the car skidded off the road and hit a tree on the side of the road. He didn’t bang very hard, but felt severe pain in his left arm, between the elbow and wrist joint.

Another car halted after seeing the accident and 2 men came out to help him. They had to struggle with the door of Harmit’s car to open it, but it had jammed and Harmit’s window pane was also broken but still hanging in the window frame. These 2 men banged on it and its tiny pieces fell in Harmit’s lap, one of them asked, “are you ok, you need any help?” “Yes, surely I do” Harmit replied, feeling resentful, “damn that cow, all the doors have jammed, my left arm is in extreme pain and please just take me out.” Both held his shoulder and tried pulling him out, he was still writhing with pain. Both wrapped their arms around his torso and began pulling and finally succeeded. A hefty Sardar said, “Call the cops, they can help you reach a hospital or is there something we can do?” “Don’t call the cops as I have had a few drinks and they are going to blame me, but if you are going to Kharar, drop me over there and I can show it to my family doctor,” Harmit said.

Harmit asked them to take out all the papers from the car’s dashboard and they did. “OK fine, come inside our car” and opened the car’s door. “Thanks, yaar” Harmit displayed his manners. They reached Kharar after some time and left him with his family doctor. “Thanks, sir, I do owe you one,” Harmit said. “No problem sir” both waved their hands and left. Harmit went inside the hospital and headed straight to his doctor’s clinic. Everyone in the hospital knew him, seeing his torn shirt and miserable condition was worried a lot and kept asking, ‘What happened, sir?” But he paid no heed to them barged into the doctor’s clinic and said, “Hey doc better pay a look at me, I’ve just had an accident and my arm is in a critical situation.” “How, where, I called an hour ago and Sandhu said you had gone to drop Tita to his residence, I know his father’s condition and now you have also landed in a hot soup, how did it happen?” 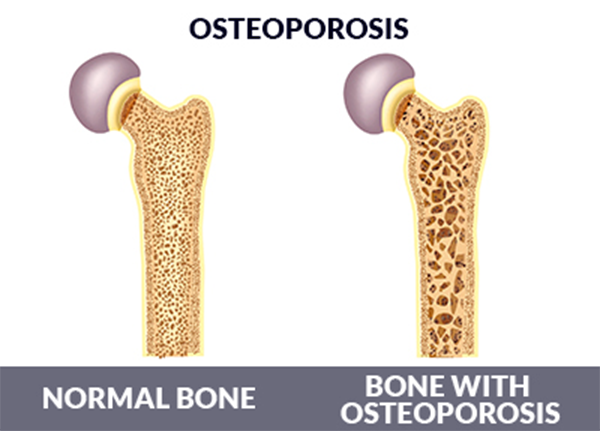 The doctor did an x-ray of his arm and detected a thin fracture and began preparing a plaster and gave a pill to Harmit so that the pain whither away and it did in a few minutes. “I was just coming back from PGI to my farm and on the way a stray cow came in front of my car and I applied the brakes and the car lost its grip on the road and hit a tree,” Harnit stated. “Don’t worry, I’ll send you there in my car, now don’t have any more whiskey or ….” he trailed off smiling. He knew that my holidays have begun with the arm fracture and I had to take some days off from the job at Mohali and stay at the farm only. “Have you told your family about it or not and how did you come here from the accident spot?” the doc asked. “2 gentlemen helped me out and dropped me here, they were in a hurry to reach Ludhiana, so just dropped me at the gate,” Harmit narrated and continued “I’ll inform my family the moment we reach our farm and they can come in the morning as it was a serious accident. Tomorrow I have to take my tractor to bring my car along before the cops do.”

Then the doctor called his driver and instructed him to leave Harmit at his farm. Harmit reached the farm after 15 minutes and his other friends sitting there were astonished to see his condition. He narrated the story all over again and called his mom that he will not be able to go to Amritsar as he had broken his arm, but said she can go in another car (He had 3) and he can arrange a driver, but his mother refused and was anxious to see him “Soon, mom soon, but I have to get the car by pulling it by our tractor early in the morning and don’t come before I call you” he said. “OK but better do it fast,” his mom said softly.  He then rang me up as I knew almost all the cops at Kurali and asked me to ask them to take no action as everything has been sorted out. After finishing the call, I rang up the SHO of Kurali and asked him not to take any action as everything was fine with no one hurt. I then rand Harmit and told him that I will contact him tomorrow evening and meet him.

Early the next morning he and his driver took out their Ford tractor and carried along a thick iron rope and reached the accident spot in an hour and after tying the iron rope to the car with Harmit on the driving seat and the tractor began pulling the car and both reached the mechanic shop and handed it over to the man who looked after the security of that agency. Just keep the car inside unless the insurance person pays a look and clicks its photos and I’ll ring your owner, Mr. Sidhu, he knows me very well and he will do the needful. Harmit and their driver came back to the farm and he called his mom. The whole family, his mom, wife and 2 kids reached within minutes and he had to narrate the whole adventure again.

His mom, a truly religious lady said it was the blessings of God that he survived such an accident and it was also true because he suffered from Osteoporosis, his bones had weakened and he was afraid of consuming different tonics as he had a bad taste for drinking so many, he had tried 2 but not much effect had happened. So he gave up.

I reached in the evening and after knowing the condition, felt my condolences with him and asked him to find a cure in a natural style. Even I knew that he felt a sore taste while consuming those tonics and they never benefited him. We searched some Ayurvedic treatment on youtube and came across a superb clinic at Mohali, Planet Ayurveda and after completing all formalities reached there the very next day and the doctor said that Harmit needs to follow his dietary plans or he will have to face the music. A little reluctantly, but finally agreed and received the Osteoporosis Care Pack and the doctor made him note down the dietary plans.

The first month was spent with difficulties facing his daily routine, even his friends kept supporting him and I always remained by his side. Even his will power was also strong and with our support made it more rigid. His arm became normal within a month and a week. Then he realized the efficacy of this medicine and giving it more preference than all the other things made him a complete teetotaler and he has become healthier than the last year and his bones have also become stronger. Thanks, Planet Ayurveda!