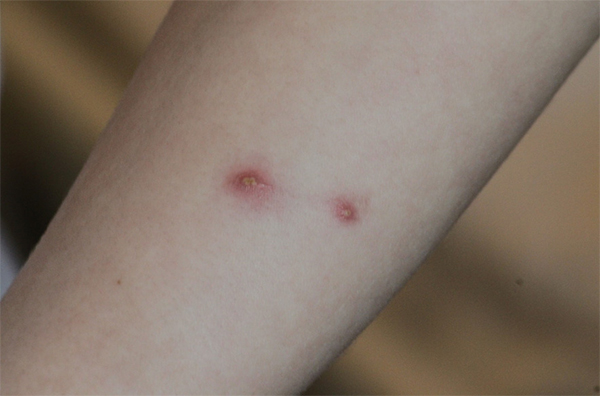 Bartonellosis is one of the infectious diseases which spread by vectors to humans. This disease is caused by Gram-negative bacteria from the genus Bartonella. It is also a Zoonotic disease that spread from animals to humans. This disease is actually present in the animals which spread by flies, louse, ticks, etc and enters in the human beings and affect various systems of the body such as musculoskeletal system, lymphatic system, nervous system, cardiovascular system, etc. And shows multiple symptoms that vary from mild to severe.

The incidence ratio of this disease is quite high in the United States and in people who are affected with Immunocompromised diseases and it is a rare disease.

Infectious diseases as per Ayurveda are called Sankramak vyadhi’s which spread from one thing to another. But it is an Agantuja vyadhi, where the cause is outside the body or external carrier is responsible for the disease. And affects all the tridoshas in the body and develops various health issues related to various organs.

It is actually difficult to find the origin of bacteria belonging to genus bartonella but there are various species which are causative factors for the diseases in animals as well as in humans. Among them, these three bacterial infections are very common.

Here, the humans are the host where it got entered by the lice, sand flies, ticks, etc.

It is a vector-borne disease where it transmits from one to another through vectors such as lice, fleas, mites, etc. because of scratch or bites by the animal or saliva of the animal and then it enters through the skin into blood.

Here, the cause is gram-negative bacteria which affects the health of animals such as dogs, cats, horses, cattles, etc and transmits via a vector then that bacteria will enter into the blood stream and affects the endothelial cells and reduces the immunity of the individual, wherever it gets a place, it affects the health of that organ and give rise to lesions in the organs like heart, brain, skin, liver, spleen, bones, etc and produces symptoms as per the organ involved.

The signs and symptoms of the disease vary from person to person.

The Common Symptoms in all three are – weakness, fever, reduced appetite, abdominal pain, dizziness, swelling, weight loss, headache and may develop infections like – osteomyelitis, hepatitis, arthritis, conjunctivitis, encephalitis, endocarditis and many more. All the above diseases will take weeks to months to develop signs and symptoms and may persist for a longer period.

Diagnosis can be done by the help of –

Usually, bartonellosis is a self-limiting disease. It doesn’t require any urgent treatment and it can resolve with time if you have strong immunity. But in the case of people suffering from diseases where their immunity is very less such as AIDA, HIV, and Tuberculosis, it can be a life-threatening condition. So, it needs proper treatment. Ayurveda helps a lot in these conditions where it helps to eradicate the causative factor along with boosting the Immunity. For this disease, Planet Ayurveda which is doing authentic practice dealt with this disease with the help of “BTS CARE PACK”. It includes the following medicines: 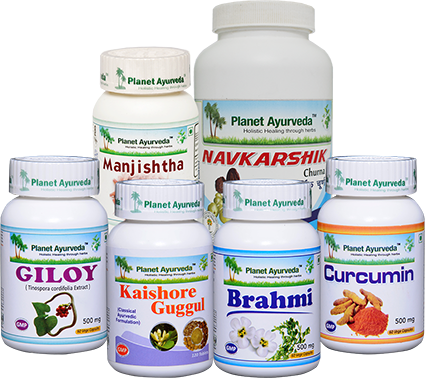 These are the pure extract of Curcuma longa herb which has properties like anti-bacterial and anti-inflammatory that helps to kill the bacteria in the body which is the main cause of this disease. It also helps to relieve swelling and infection in the body.

Giloy (Tinospora cordifolia) is a well-known herb due to its immune-modulating and immune-boosting action on our body. It helps to strengthen the organs from bacterial damage. It also helps to increase the antibody production against these bacteria in our body. Helps to fight fever and various other symptoms related to this disease.

This is a wonderful classical medicine which helps to purify the blood and kills the trapped bacteria in the lymphatic channels. It also helps in early suppuration of the eruptions.

These capsules are prepared from the standardized extract of Rubia cordifolia (Manjishtha). This herb has amazing actions on the infections related to blood and skin. It helps in purification and detoxification of these bacteria from the bloodstream. And even helps to restore the normal skin which was eroded by the eruption or skin lesion.

This is a blend of various natural herbs like Haritaki (Terminalia chebula), Neem (Azadirachta indica), Katuki (Picrorhiza kurroa), Daruhaldi (Berberis aristata), etc. It helps to eliminate the accumulated toxins inside the body and averts the chance of culture of bacteria in the body.

Bacopa monnieri’s standardized extract is used in the preparation of these capsules. These capsules are helpful to restore normal activities and functions of the brain. They help to prevent the symptoms like dizziness, weakness, and neurological damages by the infections.

This infectious disease can happen to anybody where the bacteria will spread by vectors and may be present for a long time in the host (human) body even without showing the sign and symptoms. It is a rare disease, a self limiting disease but can develop severe life threatening issues. So, it requires timely treatment which can be resolved with the safe herbal medicines, very efficiently.

← Natural Treatment of Small Intestinal Bacterial Overgrowth
Depression Is Not to Avoid but To Be Eliminated!! →