The term “dengue” is a Spanish originated word, which means careful. Dengue is rapidly pertaining to viral disease all over the world among people. According to the surveys, there is about 40% of the world’s total population has a high risk of acquiring this fever. This is also known as a break-bone fever that leads to a severe illness.

Dengue is the most leading cause of severe illness among infants and adults. The most affected areas include Asia, Africa, Pacific and America, but now according to the recent surveys and studies, it is spreading in maximum countries. Dengue is caused by a dengue virus (DENV), which belongs to the Flaviviridae family and genus Flavivirus of mosquitoes. Further classification of DENV virus with slight differences are as follows –

Dengue is transmitted to humans through the bite of an infected female mosquito named Aedesaegypti and Aedesalbopictus. Once the mosquito has acted on a DENV-infected person, replication of single-stranded RNA in the midgut of female stars. It takes about 8-12 days of the extrinsic incubation period (EIP) for transmitting the virus in the new host at optimum temperature, which is between 25-28 degrees. Symptoms of illness take about 2 days after the virus has transmitted to a new host. There are various reasons which are responsible for this fever to spread, some are as follows-

Sing’s and Symptoms of Dengue Fever

Dengue fever starts with a high fever (104 degrees), which is followed by following febrile symptoms- 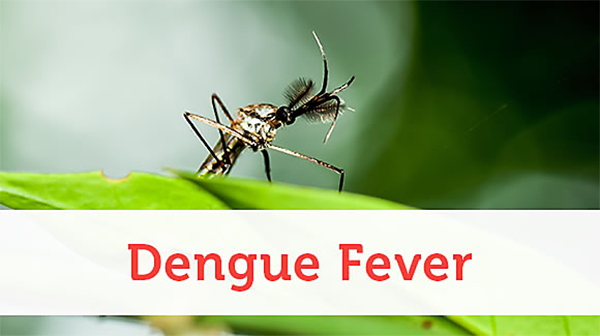 Severe dengue is called the critical phase, which starts after 3-7 days of onset with fever ranging from 99-100◦F. This phase has the following symptoms-

symptoms in these conditions are as follows-

other than the symptoms of mild dengue fever, one can experience the following symptoms-

It is a rich source of antioxidants (beta-carotene), flavonoids, vitamins A and E. Besides being rich in taste it has the following qualities-

Other than these beneficiaries the leaves of papaya plants are an amazing remedy for dengue and have anti-malarial properties. Papaya leaves contain some phenolic compounds, alkaloids, and papain that plays an important role in curing digestive disorders. It helps in elevating the platelets count in patients with no side effects and helps in reducing the symptoms of dengue.

Being a staple ingredient of south Indian cuisines and a natural conditioner for hairs. It is a tremendously rich source of vitamin B6, iron and minerals like magnesium, zinc, copper, manganese, selenium. It is the most recommended remedy in dengue to prevent the body from getting dehydrated, due to the presence of electrolytes and for nourishment. It also helps in flushing out the toxins from the body.

This is an Ayurvedic herb with scientific name Tinospora cordifolia, which is being used since ages for various diseases and syndromes. This herb is having an excellent property of antioxidants which helps in boosting the immunity. It has the outstanding property of increasing platelets count and reducing the symptoms of dengue.

Neem possesses anti-bacterial, anti-viral, anti-parasitic, anti-inflammatory, anti-oxidant and anti-carcinogenic properties, which cures various skin diseases and helps in boosting up the immune system due to a chemical substance called nimbi. It helps in enhancing the blood platelets and white blood cells count in dengue. Besides these benefits, it also flushes out toxins from the body. Neem oil is really beneficial in reducing the chance of getting affected by dengue or malaria.

Vegetables like spinach, pumpkin, broccoli, and beetroot help in leveling up the blood platelets count in dengue patients and helps in promoting health in various aspects. For instance spinach, a rich source of Vitamin K and proteins, which actively participate in coagulation during excessive bleeding?

Goat milk is a rich source of proteins (casein), calcium, vitamins, and essential minerals, which are at higher quantities than cow milk. The main complications that occur during dengue are low platelet count and the deficiency of selenium. This deficiency of selenium gets fulfilled by goat milk and it is the most recommended remedy.

Chiarta is an ancient herbaceous plant, having a bitter, and pungent taste. This herb is a power pack of various compounds such as antioxidants, alkaloids, and glycosides. It has various properties like it lowers fever, protects the liver, and cures anemia and has anti-cancer properties. It may show some allergic reactions due to bitter taste, so precautions must be taken while consuming it.

Oats are mostly recommended because they can be easily swallowed and easily digested. In addition, they are incredibly nutritious with a composition like phosphorus, magnesium, copper, iron, etc. and have a high content of fiber called beta-glucan, which controls the growth of the virus, and provides strength to the body.

Tea made up of cardamom, ginger and peppermint help in reducing the dengue symptoms. Like ginger has anti-inflammatory and antioxidant characteristics that make it more effective.