Epilepsy is characterized by recurrent, episodic, paroxysmal, involuntary clinical events associated with the abnormal electrical activity from the neurons. Five percent of children may experience one or more seizure in childhood, less than 1% have epilepsy. The incidence is highest in preschool years. West syndrome is a type of myoclonic epilepsies. In Ayurveda, it can be correlated with Apasmara. Its ayurvedic management shows tremendous improvement in the health of the patient without causing any side effects.

West syndrome is a type of myoclonic epilepsies.

It is characterized by a triad of salaam spells (sudden dropping of the head and flexion of arms, developmental retardation, and hypsarrhythmia on EEG. 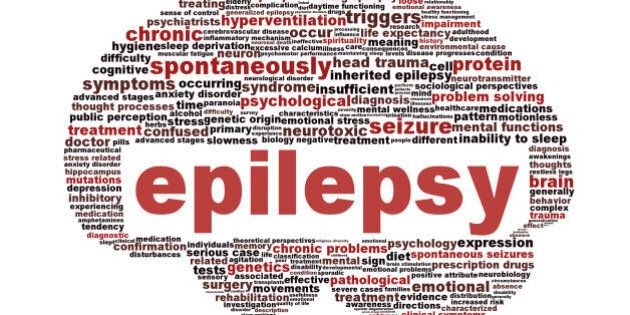 It is often caused by an organic brain dysfunction that can be prenatal, perinatal (caused during birth), or postnatal.

The most common disorder accountable for West syndrome is the tuberous sclerosis complex. (TSC). TSC is an autosomal dominant genetic condition linked with seizures, eye, heart, and kidney tumors, and skin findings.

West syndrome is an atypical neurological syndrome that can affect males and females. Its X-linked form affects males more often than females.

It is a rare form of epilepsy and usually begins between 3-8 months of life.

The spasms occur in a group usually on waking.

The prognosis for normal mental development is poor.

(Vigabatrin is the drug of choice in tuberous sclerosis)

The modern drugs used in its management are known to cause issues with immunosuppression, hypertension, glucose, gastric issues, agitation, and irritability. Vigabatrin is known to cause an irreversible visual field defect, irritability, and transient hyperintensity of deep structures in the MRI

According to Ayurveda, this condition can be correlated with “Apsmara” with deprived growth of the body.

Apasmara is characterized by periodic loss of consciousness associated with aberrant activities (like vomiting of froth and abnormal postures of the body) and behavior, due to perversion of memory, intellect, and other psychic faculties.

It is a disease due to the vitiation of three sharira doshas and two manas doshas. The choice of treatment is “Vatahara sectarian”.

In Planet Ayurveda this condition is treated via following the treatment protocol. 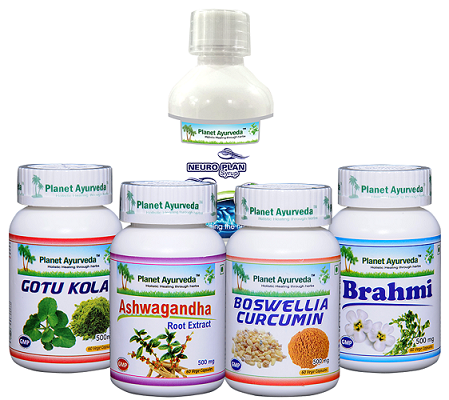 Brahmi (Bacopa monnieri) known as “food for the brain”; is astringent and bitter in taste. It is a Kapha and Vata pacifier. Its chief properties are antioxidant, anti-inflammatory, anticonvulsant, cardiotonic, a bronchodilator, and protection against peptic ulcer. It is the finest brain tonic. Its main active ingredient bacosides promote the regeneration of brain cells. It increases the synaptic transmission among neurons and reduces the incidents of spasms. This helps in treating the patients of apasmara/epilepsy. It rejuvenates the brain, increases memory, and improves concentration.

It owns anticonvulsant and neuroprotective activity. It helps in the formation of new neural pathways and also increases the retention capacity of the brain, thus can be used in the effective management of epileptic seizures and cognitive disorders. It improves the mental alertness and simultaneously reduces the stress, therefore, increases the quality of sleep.

Ashwagandha is also known as Withania somnifera. It is a wonder herb. It helps in strengthening the immune system. It is a potent adaptogen. It has anti-inflammatory, anti-cancerous, anti-stress, and anti-oxidative properties that’s why it is used in treating various disorders related to nerve tissue damage, heart disease, atherosclerosis, and aging. It is Vata and Kapha pacifier and Vata being the main dosha involved in aspsmara it is prescribed in musculoskeletal and nerve-related disorders.

Boswellia, also known as Indian frankincense, is an effective anti-inflammatory and works great as a painkiller. As per research, the boswellic acid can prevent the formation of leukotrienes in the body. These molecules are known to cause inflammation.

Curcumin is a key chemical in turmeric. It has anti-inflammatory and anti-oxidative properties. It reduces pain, inflammation, and stiffness related to nerve and joint disorders. In Ayurveda, it is well known as a cleansing agent. It helps in rejuvenating the body cells and detoxifying the toxins away.

Together they work wonders by suppressing the pain and reducing the stiffness due to spasms thereby increasing the dosage.

This syrup is a special preparation of Planet Ayurveda. Its main contents are Brahmi, Ashwagandha, shankhapushi, and mandukparni. Other than these jyostishmati, bhojpatra and madhuyashti are the rest of the ingredients.

All these are capable of enhancing brain functioning by promoting the regeneration of brain cells and by initiating the formation of new neural pathways. This increases the quality of signal transmission among neurons. Thereby reducing the episodes of infantile spasms and also improving the cognitive power of the brain, its concentration, and memory.

Dosage:  It is advised to take it in the dosage of 1 tablespoon twice daily with plain water or lukewarm water.

Modern medicine reduces episodes of seizures with multiple health issues like hypertension, loss of vision, gastric issues, irritability, and many more. On the other hand, Ayurvedic treatment for Epilepsy not only increases the quality of life without any side effects but also reduces the dependency on allopathic medicine.