Focal cortical dysplasia can be defined as an abnormal condition of the brain in which neurons fail to migrate to brain areas in the formation in utero and get deposited only in one brain region. Mainly, malformation in the left temporal cortical-subcortical region areas of the brain is observed. The word Focal means that it is limited to only a focal zone in the brain lobe. 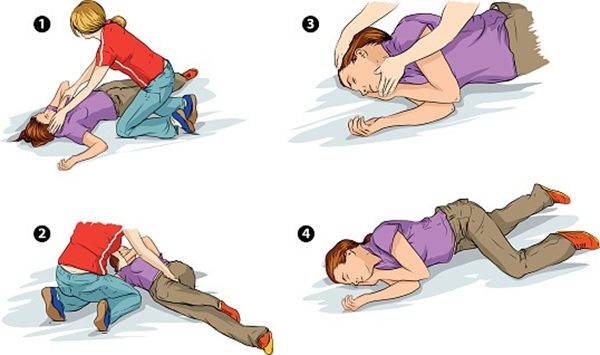 The disease focal cortical dysplasia is associated with a variety of seizures depending upon the affected area of the brain in which the abnormal brain cells are present and also get affected by the patient’s age.

The most common type of seizures in this disease is focal-onset seizures which may get developed to generalized tonic-clonic activity. The affected region of the brain can be estimated by initial symptoms of the focal seizure. Infantile spasms can also be seen more frequently in the young children.

The cause behind the Focal cortical dysplasia or malformation of cortical development can be the genetic mutation occurring in the utero which further lead to the formation of disordered layers of the neurons in the cerebral cortex. Several genetic factors are supposed to play a crucial role in some cases but genes such as DEPDC5 may result in focal cortical dysplasia in many family generations. Usually, these changes can be seen in the advanced changes in the brain maturation which describes the limitation of these changes in a small region only. In some cases, infection in utero can also develop the focal cortical dysplasia whereas in rare cases, causes remain unknown.

The diagnosis of the focal cortical dysplasia can be done by the physical examination and detailed medical history of the patient. The doctor will observe the signs and symptoms of the patient to detect focal cortical dysplasia. The doctor may also recommend electroencephalogram (EEG) to see the slowing of the background activity in the affected brain region of the focal cortical dysplasia. In most of the cases, MRI is found to be abnormal, showing the irregular brain region. This helps in detection of FCD in the patients. But if both the EEG and MRI are normal, other tests may also recommend by the doctor such as MEG, SISCOM, or PET. These tests are helpful in detecting the specific brain region where the seizures arise but don’t provide information to distinguish between FCD and other causes of epilepsy.

In modern science, there is no exact treatment of focal cortical dysplasia, several anti-seizure medications are given to the patient as first-line therapy. But only 10% patients get relief by these medicines as most of the FCD cases have drug-resistant seizures. Along with that, these medications are not considered as permanent treatment, patients will get relief only for the duration he is consuming those medicines. Many adverse effects are also observed in the body of the patients using these medicines. So, it is not a wise choice to treat the patient suffering through this disease by modern methods of treatment.

The one and only effective method to treat focal cortical dysplasia is the Ayurvedic system of medicines. All the Ayurvedic medicines are prepared by the extracts of herbs which are totally natural and show positive impact in the patient’s body. Ayurvedic medicines treat the disease for permanent by acting on the root cause of disease in a natural manner. Thus, no side effects are given by the Ayurvedic medicines and these are 100% safe for consumption. To help the patients of Focal cortical dysplasia, PLANET AYURVEDA prepared some marvelous herbal remedies after extreme research and study. All products of Planet Ayurveda are prepared under strict guidance of expert Ayurvedic doctors to ensure the naturality of the products. No preservative, chemical, color, additive, binder or any artificial substance is added into products of Planet Ayurveda. Thus, these are safe for consumption by any person of any age. Take a look at these wonderful herbal remedies.

Brahmi capsules prepared by Planet Ayurveda consist of pure extract of Brahmi (bacopa monnieri) herb which is a well-known herb for its multiple health beneficial properties. Brahmi capsules will provide you relief from focal cortical dysplasia and improve the functioning of the brain. Along with this, Brahmi capsules boost the brain power, maintain the health of the vocal cords, increase concentration power, treat disorders of skin, blood, jaundice, fever, etc.

Standardized extract of Gotu kola (Centella asiatica) herb is formulated in manufacturing Gotu kola capsules in the house of Planet Ayurveda. These capsules are very beneficial for treating the health issues of the brain, skin, blood, etc. Consumption of Gotu kola capsules will enhance the circulation of blood, maintain healthy metabolism, and maintain equilibrium between Tridoshas (Vata, Pitta and Kapha). Focal cortical dysplasia can be easily relieved by these capsules.

Herbs such as Brahmi (Bacopa monnieri) and Ashwagandha (Withania somnifera) are extracted and used in the preparation of the Neurogin capsules in the manufacturing unit of Planet Ayurveda. These capsules contain the potency of two herbs which work in a synergistic manner to provide relief to the patient suffering from Focal cortical dysplasia as well various other diseases such as anxiety, fever, depression, weak immunity, etc.

Yogendra ras is also very favorable in treating the disorders of brain, diabetes, piles, epilepsy, psychotic conditions, gastritis, eye disease, paralysis, frequent urination, urinary tract infections, fistula, and many other diseases. Use these tablets along with other herbal remedies to get fast and effective results.

At last, we can conclude that brain disorders are life-threatening if proper treatment is not taken at the correct time. Brain disorders can annoy the patient for lifetime and disturb his daily routine activities. But there is no need to be anxious, above mentioned herbal remedies are very effective in treating focal cortical dysplasia and various other brain disorders in a natural way, without showing any side-effect in the body of the patient.