How Giloy and Papaya leaves are Useful for Increase in Platelet?

Platelets are one of three kinds of cells contained in the human blood, along with white blood cells and red blood cells. Platelets are the smallest of the three cells, and are chiefly responsible for the clotting of the blood.

Platelets, as well as white and red blood cells, are manufactured in the bone marrow. Platelets get their name from their shape and appearance, which is similar to that of small plates. Platelets do not have any color, but they possess sticky properties.

The human blood contains a fairly large number of platelets, which keep the body fit and healthy. Platelets are small cells, which are bound together, in order to stop bleeding whenever there are damaged blood vessels in the body. Platelets essentially help in the clotting of blood at the site of a wound, cut or injury.

The condition of ‘low’ platelet count arises when the bone marrow is unable to produce a sufficient number of platelets, or when the platelets get destroyed in a person’s bloodstream. In addition, the condition can also be triggered because of the use of certain medicines, autoimmune disorders, damage of platelets in the spleen or the liver, excessive consumption of alcohol, and kidney problems. The platelet count also falls below the normal range because of certain cancers like leukemia or lymphoma, and due to Chemotherapy for treating cancers.

How Giloy and Papaya leaves are useful for Increase in Platelet?

If the number of platelets in the blood is ‘low,’ the condition can be improved with the help of some natural remedies or the use of certain beneficial herbal formulations. Two effective natural ways in which the platelet count in the blood can be increased are: the ‘Giloy’ herb (Tinospora cordifolia), and Papaya leaves. 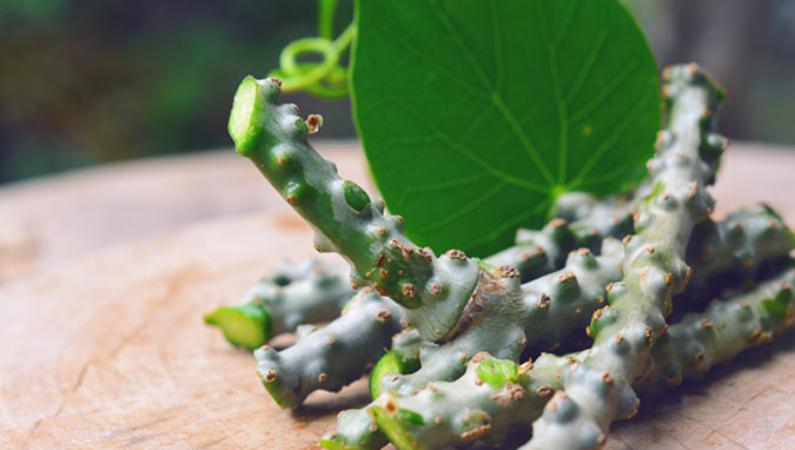 The Giloy herb holds a special importance in Ayurveda because of its remarkable medicinal properties. It has been used widely by Ayurveda practitioners for centuries, for treating a number of diseases. For this reason, the Giloy herb is considered the ‘queen’ of herbs, and is also known as ‘Amruta,’ which is a Sanskrit term for ‘nectar.’

Giloy is a potent herb with proven anti-inflammatory, anti-bacterial, anti-allergic, and anti-rheumatic actions. It can increase the ability of macrophages in the body, thereby helping the body in fighting micro-organisms and foreign bodies. Moreover, Giloy also has a high nutritional content, and is abundant in alkaloids, and other bio-chemical substances, including steroids, flavonoids, lignants, and carbohydrates, etc. The high nutrient content of Giloy makes the herb an important component of several Ayurvedic, herbal, and modern medicines.

For treating ‘low’ platelet count in particular, the juice of Giloy is extremely beneficial. Giloy is believed to be one of the best natural remedies for increasing the number of blood platelets in the body, and for strengthening the immune system.

To benefit from the use of Giloy, people suffering from low platelet count or ‘Thrombocytopenia’ should take a few stems of Giloy and soak them in water overnight. In the morning, the soaked stems, together with a few tulsi leaves, should be boiled in about 2 glasses of water, till the water reduced to half its quantity. The concoction should then be cooled down and strained, and consumed 2-3 times a day till platelet count increases in the normal healthy range. 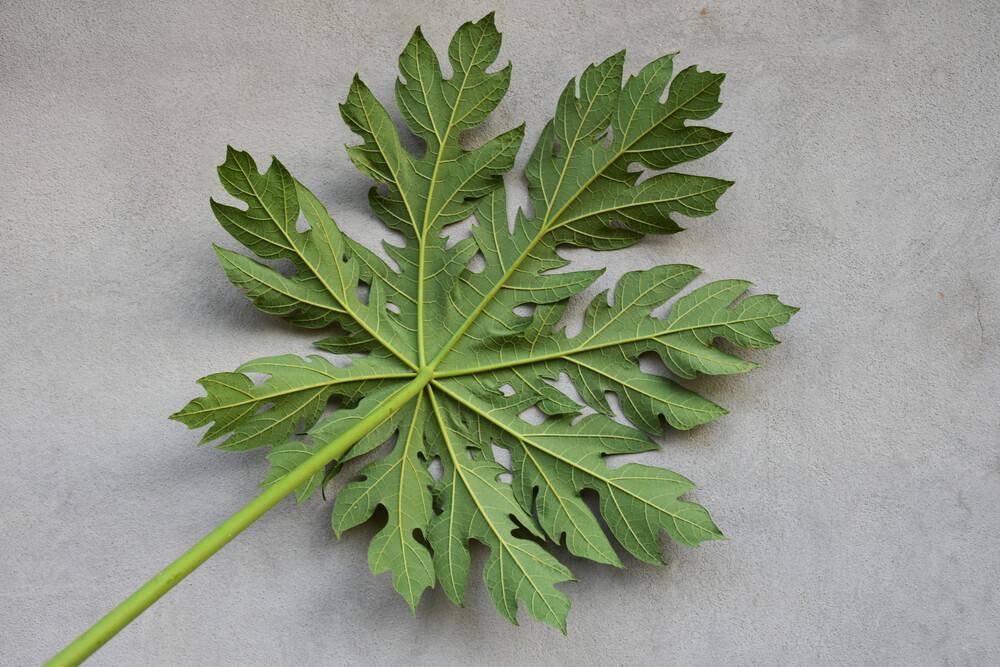 The Papaya fruit, specifically its leaves, is another effective natural remedy for increasing the number of platelets in the blood. Since olden times, the Papaya leaf extract has been used for boosting the platelet count in individuals who have a low number of platelets, and also for treating the health conditions which may lead to low platelet count. Papaya leaf juice is especially beneficial for increasing the blood platelet count in patients suffering from dengue fever and dengue hemorrhagic fever.

The phytonutrient compounds in the leaves of Papaya plant have a strong antioxidant and immune-boosting impact in the bloodstream. The leaves contain Papain, alkaloids and phenolic compounds which can have positive biological effects.

Furthermore, the leaves of Papaya are high in minerals like calcium, iron, potassium, sodium, magnesium, and manganese. They also contain fairly high amounts of vitamins A, C, E, K, the B vitamins and a particularly high content of B17.

For increasing the number of blood platelets in the body, people suffering from a ‘low’ count should consume the juice of fresh Papaya leaves for a few days. The extract of Papaya leaves can be obtained by boiling a few leaves in some water for around 15 minutes, on medium heat. Keep boiling the leaves in water till the volume of water reduces to half. The solution, when consumed two times a day, can increase the number of blood platelets very quickly.

Conclusion: Along with Giloy and Papaya leaves, some other natural remedies for increasing platelet count include beet-root juice, spinach, and coconut water.

The supplements prepared from Giloy herb, such as Giloy capsules, can also be beneficial for boosting the count of platelets in the blood. Giloy capsules available from renowned herbal manufacturing companies, Planet Ayurveda, have immense medicinal value because of their anti-cancer, antipyretic, anti-inflammatory, antioxidant and immune-modulator properties. The capsules are prepared from standardized extract of the Giloy herb, and are effective in treating several health conditions, including platelet-related disorders, chronic fever, skin problems, anaemia, jaundice, leprosy and different kinds of cancers.

Besides the use of Giloy capsules for increasing platelet count in the blood, the number of platelets can also be boosted through some simple lifestyle changes, like avoiding processed and packed foods, consuming Vitamin-rich foods, and increasing the intake of minerals such as iron and zinc, amino acids and other essential nutrients.

← How to Manage Asthma in Ayurveda?
Top 7 Home Remedies for a Headache →