Every day we start our day with the question: “What to wear?” The majority of people prefer outfits that are trendy and fashionable because clothing is associated with social identity, professional outcomes, personal life, etc. Fashion has become an integral part of daily living and has become an industry worth $1.7 trillion. The most important choices like hiring and choosing a life partner or dating someone are often based on the clothing. But we forget that conversion of chemicals to high energy input and final conversion to synthetic materials; this fast fashion has put a destructive impact on the environment and health too. (1)

Well, fashion is defined as the most popular styling practices associated with clothing, footwear, accessories, tattoos, piercing, etc. According to the studies and surveys, women have become the main victim of this fashion. Clothing choices in women have become a crucial part of their appearance which has resulted in an induced tendency to mold their public self-image through a sexualized appearance. Although, mass media have played a critical role in their self-perception and giving shape to women’s ideals. (2) 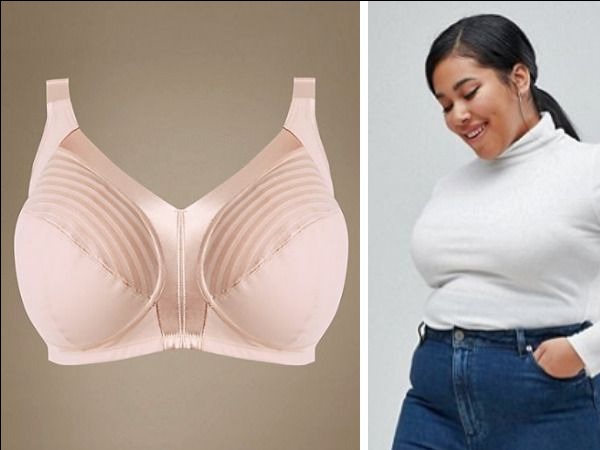 Consequences of Fast Fashion on Health

This is an innate human behavior to look different from the crowd in order to enhance personal image and to satisfy individualism. Women use different dress codes, cosmetics, artificial gadgets and even go for surgeries and implantations to improve their personality, personal satisfaction or in order to overcome complexes and phobias.

This has resulted in increased social obsession with youthfulness in women; as the ageing process affects both psychological and physiological effects. Due to morphological and anatomical changes in body shape, they have

to make tactical choices to mask the outward signs. Bra is believed to alter the physical appearance of one’s body and counteracts the negative effects of ageing on body parts. (3)

What’s the need of wearing bras?

According to the surveys and reviews, around 80% of women experienced significant changes in their breasts with ageing; there were 84% of women dressed to look younger and about 7% of women surveyed were still satisfied with the size. About 50% were enquired with changes in their preferences in the type of bras. This choice depends on the comfort level, bra’s stability, type of clothing, design of outfit, breast lift, etc. Ageing influences the volume and constitution of breast tissues and changes the hormonal levels and menopause. Though, a perfect bra can enhance self-confidence by changing the perceptions of one’s body. (4)

What is a push up bra?

Push up bras are a great addition to one’s wardrobe which is an affordable and natural lift or adding up an extra cup size: overall giving you a fuller look and cleavage enhancement. There are various types and varieties in push-up bra which varies with the particular need i.e. Demi cup, strapless, double padded, non-padded, etc.

How push up bra works?

Push up bra basically helps in pushing your breasts upward and closer together for natural enhancement. Padded push up bras is mainly composed of silicone gel and foam. Some bras are composed of wire or are called underwire bras that are fitted inside the fabric. The wire can be made up of metal, plastic, etc. which surely helps in lifting and supporting breasts. But it does cause health conditions like metal allergies or pain.

It has been reported that wearing a tight bra may be one of the risk factors in breast cancer i.e. hampers the circulation of lymph. This has resulted in Invasive ductal carcinoma (IDC) and Invasive lobular carcinoma (ILC). No doubt the onset of breast cancer depends on average hours worn, cup size, wearing a bra with underwire, etc. it has been claimed that antiperspirants and wearing a bra at night can result in cancer.

Don’t take a risk and know it by yourself

The National Breast Cancer Foundation suggests that every woman should be aware of how their breasts normally look and feel, so self-examination of breasts is mandatory once a month.

How to Get Sure?

You can get confirmed clinically by mammogram, breast ultrasound, MRI, PET and biopsy.

Arbuda (cancer) which originated due to metabolic changes, mostly Vata dosha manages cell division and aggravated Kapha and Vata dosha can hamper the healthy proliferation of cells. Ekadesha Vriddhi which is an abnormal growth of cells ultimately results in tumors (granthi) which can be either malignant or non-malignant. Breast cancer has been categorized under Stanyaarbuda, which can be dreadful.

In order to manage Stanya arbuda one must avoid Apathy Ahar (Wrong dietary habits) and vihar ( Sedentary lifestyle), but must follow pathya, dietary therapies, herbal supplements, and mental therapies i.e. yoga and meditation. For this Planet Ayurveda has formulated a “Crab care pack” for naturally managing the disease. 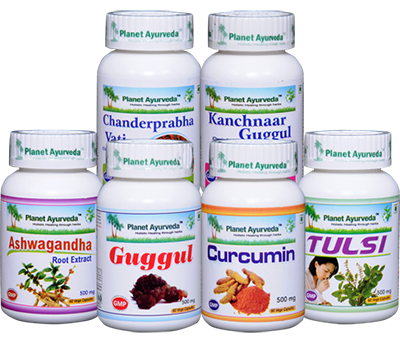 Ashwagandha capsules from Planet Ayurveda contain standard extracts of Withania somnifera which is beneficial in preventing and managing cancer by inhibiting cell proliferation and stimulating apoptosis.

Curcumin which is an active ingredient of Curcuma longa has been used as therapeutic properties like chemoprotective and anti-tumoral. Curcumin capsules have been used in the making of this herbal formulation.

This is a natural product composed of barks of Kachnaar and guggul which prevents the inflammation of lymph nodes and blockage of channels in lymph.

Tulsi capsules from Planet Ayurveda have formulated from high-quality extracts of tulsi which is overloaded with antioxidants that make it potential in treatment for cancer.

These capsules are beneficial in boosting the immunity of the body and maintaining healthy cell proliferation.

This is an amazing blend of enormous herbs which effectively enhances the body functions.

← How Can Rheumatoid Arthritis Be Managed In Ayurveda?
Ayurvedic Treatment of Hemolytic Uremic Syndrome →