Peyronie’s Disease: It’s a sexual disorder. Sometimes people feel shy to share their problems. These days, many people are suffering from sexual problems. It causes a negative impact on their personal life, so don’t feel awkward to share a problem with your doctor. They will guide you in a good way and you get rid of your problem easily. Like other acute and chronic diseases, there is also a solution for sexual disorder. 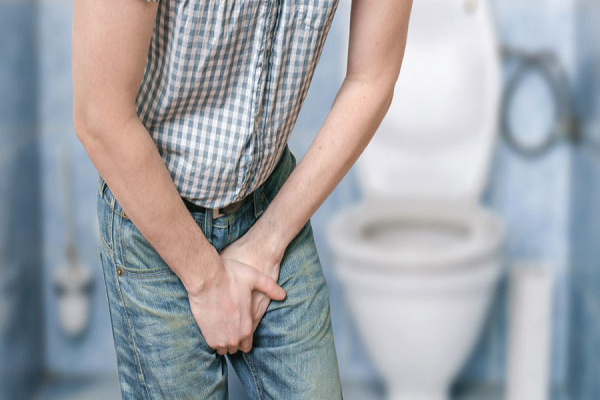 Peyronie’s disease is a penis problem. It is acquired the benign disease,  was described in 1743 by a French surgeon. It is a sexual disorder that occurs in men. Fibrous scar tissue called plaque that forms inside the penis due to injury or internal bleeding in the penis. Due to scar formation, it causes curved, painful erections. Peyronie’s disease also called Induratio penis Plastica (IPP). It can be painful and cause erectile dysfunction.

It occurs in middle age and more common in old age. In many cases problem resolve on its own, but in some cases, it becomes more complicated or stable, which causes stress and anxiety.

Peyronie’s disease symptoms may arise suddenly or develop gradually. The most common signs and symptoms include:

Factors that Cause Peyronie’s Disease:

The Peyronie disease is not completely understood, but, there are some factors, which are involved in this disease. According to the research, Peyronie’s disease results from the injury of the penis or maybe damaged during sex or athletic activity. When the penis becomes erect, due to scar tissue that region doesn’t stretch and the penis bends and possibly painful.

This disease can be confirmed by symptoms. And also a doctor can diagnose the disease by doing a physical examination. The doctor may also suggest biopsy or ultrasound or x-ray.

Complications of the Peyronie’s Disease:

This  problem can cause several complications that are described below:

Ayurveda, which is a natural process to treat any disease, is one of the safest alternatives. Ayurveda helps to balance all three doshas to maintain a healthy body. These doshas are considered as the three energies or the life forces. If any of these doshas is vitiated, it leads to several health problems. In order to maintain good health, the balancing of these doshas is necessary. Herbs take some time to cure any disease but give you a permanent cure. That is why Ayurveda is known to be a holistic procedure to heal someone from his health problem.

Planet Ayurveda provides you the effective herbal medicines for Peyronie’s disease. These herbs are 100% natural and no added chemical and preservatives in it. These are prepared under the supervision of highly qualified MD Ayurveda doctors and hence, are 100 percent natural and effective. Also, all of them do not cause any side effects.

Planet Ayurveda’s provides herbal and effective medicines for Peyronie’s disease such as: 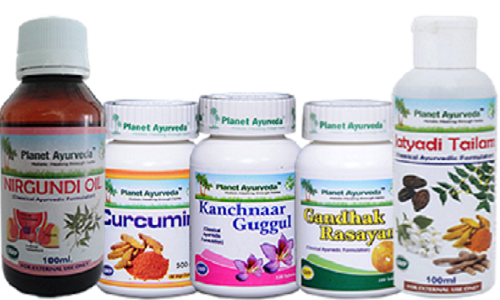 These capsules are the herbal formulations, that are prepared by using the pure curcumin (Haridra) herb, its botanical name is Curcuma longa. Curcumin is the most common spice used in Indian kitchen. It is known for several health benefits in Ayurveda and it has anti-inflammatory properties.  Hence, Curcumin capsules are effective in the treatment of Peyronie’s disease and also effective in anxiety and stress associated with this disease.

Dosage – 1 capsule, twice a day, after meals with plain water.

The Kachnaar Guggul is another classical Ayurvedic formulation and gives a promising result in the reduction of plaque size or penis curvature. The tablets contain natural herbs:

This excellent herbal formulation is very effective to treat this problem naturally.

Dosage – 2 tablets, twice a day, after meals with plain water.

Gandhak Rasayan is another effective medicine by Planet Ayurveda. These tablets are prepared from pure Gandhak and pure Sharkara.

In Ayurveda, sulfur is used to cure many types of diseases, it is diuretic, it increases bile and is useful in skin diseases and an enlarged spleen. This herbal product is very helpful in managing the symptoms of Peyronie’s disease.

Pack Size – Each bottle contains 120 tablets in it.

Dosage – 2 tablets, twice a day, after meals with plain water.

This herbal oil is for local applications only.