Neisseria gonorrhoeae is a bacterial pathogen responsible for gonorrhea and various sequelae that tend to occur when asymptomatic infection ascends within the genital tract or disseminates to distal tissues. Global rates of gonorrhea continue to rise, facilitated by the emergence of broad-spectrum antibiotic resistance that has recently afforded the bacteria ‘superbug’ status. N. gonorrhoeae is exquisitely adapted to life in humans, having evolved novel strategies to succeed in their restricted mucosal niche.

Gonococci also represent a paradigm for bacterial immune evasion due to its genetically plastic lifestyle and ability to directly suppress otherwise protective adaptive responses, allowing the bacteria to persist within an infected individual and re-infect individuals who have had prior infection. So Ayurveda effectively manages this with the help of Ayurvedic Products. Some profitable and effective herbal remedies for preventing and treating Neisseria gonorrhoeae infections are given by Planet Ayurveda. 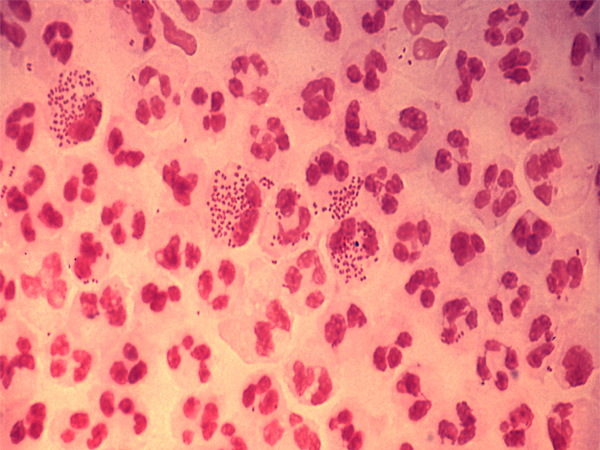 Neisseria gonorrhoeae is a species of gram-negative diplomacy bacteria, also known as gonococcus or gonococci. It causes gonorrhea which is a sexually transmitted genitourinary infection. Gonorrhea is a sexually transmitted infection (STI) that affects the rectum, urethra, or throat. It also causes the other gonococcal disease, like septic arthritis, gonococcemia, and gonococcal ophthalmia neonatorum.  It is estimated that in the United States, 820,000, new Neisseria Gonorrhea infections occur every year. Gonorrhea is the 2nd most commonly stated communicable disease. (1)

These bacteria cause infection of the genitals, eyes, and throat. Asymptomatic or subclinical infection is common in females and males. If the infection gets untreated it may spread to the rest of the body then it is known as a disseminated gonorrhea infection. It especially affects the joints called septic arthritis. Untreated infections in females may cause pelvic inflammatory conditions and possibly may results in infertility due to the presence of scarring.

People Who Are at High Risk of Having This Infection

Not everyone, having this infection experience symptoms in the initial stages. Nevertheless, the person may experience the following symptoms.

When gonorrhea infection is left untreated, bacteria start spreading and causing further symptoms. The particular symptoms based on the area of ​​the body which is affected by the bacteria.

When gonorrhea bacteria penetrated in the bloodstream, it can develop other complications like

It can be diagnosed through culture, Gram stain, or polymerase chain reaction testing of a urine sample, cervical swab or urethral swab. Due to high rates of co-infection testing for other STIs and Chlamydia co-testing is also recommended.

According to Ayurveda, gonorrhea is called Puyameha or sujjak. This is the Pittapradhan Vyadhi which is caused by an external factor known as Aagantuj Karana. It further causes the inflammation of the urinary tract and the reproductive organs.

Ayurveda believes to treat the diseases naturally by herbs, herbal remedies, and dietary and lifestyle changes. For infections and further conditions due to Neisseria gonorrhea, there are also several herbs that increase the strength of the body and enable the body to fight against infections and pathogens. 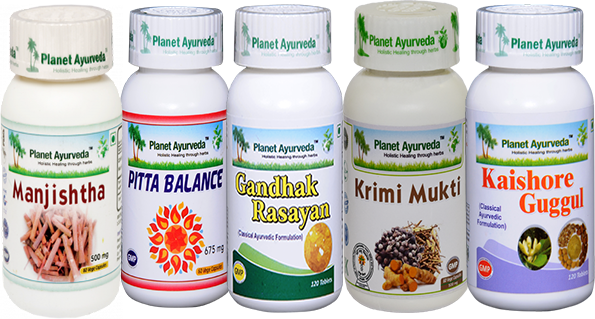 Planet Ayurveda provides effective herbal remedies such as Gandhak Rasayan, Pitta balance, Manjishtha capsules, Kaishore guggul, and Krimi Mukti capsules. These herbal remedies are 100% pure and do not contain any chemicals and preservatives. Another impressive thing is these remedies do not produce any side effects.

These tablets are prepared by adding purified Sulphur (Shuddh Gandhak). Shuddh Gandhak having antiviral, antibacterial, and antimicrobial properties. It acts as a natural exfoliate and removes dead skin thus supports skin healthy. This formulation maintains the healthy functioning of the reproductive system. Due to the presence of these properties, Gandhak Rasayan is useful in the management of the condition caused by Neisseria gonorrhoeae.

Pitta balance contains various effective ingredients such as Giloy, Jahar Mohra Pishti, Kamdudha Ras, Mukta Pishti, Praval Pishti, and Akik Pishti. As the name indicates, this formulation help to balance the pitta dosha in the body.  All the ingredients present in this formulation are effective.  Giloy in Pitta balance capsules improves the functioning of the immune system and makes the body capable to combat infections.

Dosage: 1 capsule twice a day with plain water after meals.

Manjistha capsules are prepared by using pure and standardized extracts of herb Manjistha (Rubia cordifolia). This herb is a great blood purifier. It also possesses anti-inflammatory, anti-bacterial and anti-microbial properties. These capsules can defeat bacterial infections. It is also helpful in skin diseases and boosts immunity.

Dosage: 2 capsules twice a day with plain water after meals.

This Ayurvedic product has been formulated from traditional medicinal herbs like Amalaki, Bibhitaki, Haritaki, Guggul, Guduchi, Ginger, Black pepper, long pepper, and Vidanga, etc. The herbs added in this herbal formulation are effective to strengthen the body and make the body able to fight against the infection.

Dosage: 2 tablets twice a day with plain water after meals.

Krimi Mukti capsules are prepared by standardized herbal extracts of Palaash, Vidang, Harad, Haridra, and afsanteen. These possess anthelmintic, anti-oxidants, analgesic, anti-toxic, carminative and astringent properties. These capsules help to detoxify and excrete parasitic worms from the body due to its anthelmintic.

← Ayurvedic Treatment for Cherry angiomas
How to Treat Acoustic Neuroma with Herbal Remedies? →