Ayurvedic View on Hysterectomy and its Effects on Health

Hysterectomy is a procedure which involves removal of the uterus. Uterus is one of the most important organs of the female. It is also called a womb and is an inverted pear shaped muscular organ of the female reproductive system located in between the bladder and rectum. When a woman goes under hysterectomy then it is clear that she is suffering from some condition that is exclusively related to uterus like uterine fibroids, cancerous growth in uterus, thickening of uterus lining and many more. In this article we will discuss hysterectomy, its type, reasons for hysterectomy, side effects of this procedure and how it can be prevented using Ayurvedic formulations. 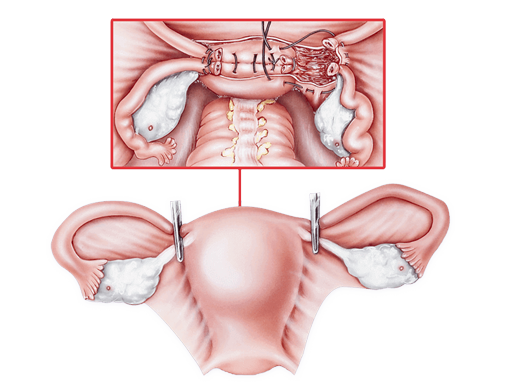 Uterus is a very important organ of a woman’s body. This is the reason why women are called women. If you ask me then I will strongly favour the statement that the reason for human life existence is the womb. Without the womb there will be no fertilization of female eggs and male sperm or there will be nothing that provides a favourable place for fetal growth. But still many women are opting for hysterectomy even at young and reproductive age, what can be the possible reason? The reason is a one line statement by their gynecologist “It’s better to remove your uterus as it’s giving you difficult times now”. Most women never give a second thought before opting for hysterectomy, they never try to search for better options or explore other pathies like Ayurveda, sidha, unani and homeopathy. From here the actual problem starts, the one guiding you for hysterectomy will never tell you what after effects it will have. But in this article most commonly faced effects of hysterectomy by women are discussed along with many other things you should be aware of if you are thinking about hysterectomy.

Moreover hysterectomy can be done through the vaginal route, abdominal route or nowadays laparoscopic route is becoming really popular.

Generally, women with following conditions are recommended for hysterectomy:

Ayurveda – Before or After Hysterectomy

Ayurveda and Ayurvedic herbs are way potential in saving your uterus and also greeting you well after undergoing hysterectomy. Ayurvedic herbs are very potent in managing excessive bleeding, irregular bleeding, uterine fibroids and are even effective in managing cancerous growth. They are very effective in maintaining hormonal balance and reduces inflammation if present.

Even after hysterectomy, ayurvedic herbs help in dealing with all kinds of hysterectomy after effects. It balances the hormones resulting in mood enhancement, reduces vaginal dryness, protects from the risk of osteoporosis and reduces the recurret feeling of indigestion, nausea and vomiting. Herbs like shatavari and arjun are very potent in balancing the secretion of estrogen which is very important for every woman’s body whether young or old.

Planet Ayurveda is a leading herbal manufacturing unit and is GMP certified. Our organisation deals with the manufacturing and production of several herbal products which are formulated under the guidance of expert doctors. The whole manufacturing unit works under the guidance of Ayurvedic doctors so as to avoid any kind of compromise with the quality of medication. For the management of female body metabolism before or after hysterectomy Planet Ayurveda also offers some of its herbal medications. These medications are as follows: 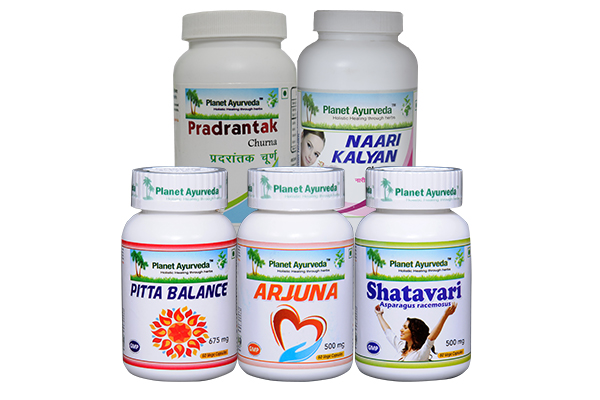 Arjuna (Terminalia arjuna) is very well known from ages to support and regulate hormonal cycles. It helps in reducing excessive bleeding and works best in uterine fibroids, cysts and even in endometrial thickening. Arjuna is also a very great herb for balancing pitta dosha and kapha dosha which are generally the reasons for many gynecological disorders.

Shatavari (Asparagus racemosus) is a herb which is granted by nature as a gift for maintaining women’s health. This herb is very much potent in stabilizing woman hormones, naturally nourishing uterine structure, gives a cool and moistening effect to the uterus. Even after hysterectomy, intake of Asparagus nourishes the remaining female reproductive system and also improves its health. All over this herb is the best tonic for the woman’s body even when a female is normally menstruating and is completely healthy.

This formulation contains four really beneficial herbs which support naari’s (woman) health. The herbs are Ashwagandha (Withania somnifera), shatavari (Asparagus racemosus), Brahmi (Bacopa monnieri) and jatamansi (Nardostachys jatamansi). This product is very useful in menopausal females whether they are having any condition or not. All of the mentioned herbs are best in balancing estrogen levels and protecting the female body from onset of osteoporosis and other conditions. Even after hysterectomy it will regulate hormonal balance and reduce after effects of hysterectomy.

Pradrantak churna is a herbal formulation that contains lodhra (Symplocos racemosa), ashoka (Saraca indica), udumbur (Ficus glomerata) and arjuna (Terminalia arjuna). This is a slight modification of pushyanug churna and is an excellent formulation for balancing female hormones in both pre or post hysterectomy periods. Lodhra in this combination is very effective in regulating and relaxing uterine walls and tissues. Moreover, ashoka is very best at relieving discomfort during vaginal bleeding and also acts as a uterine sedative by acting directly on fibres which are present in the muscles of the uterus.

It is also a very wonderful formulation containing praval pishti (coral compound), akik pishti (Agate compound), jawar mohra pishti and others. Pitta is considered as the fire element in our body and is also considered as the source of digestive fire. Imbalance in pitta typically shows symptoms in the body like excessive bleeding in females during menses, burning sensation in the body, irregular period cycle, acidity or heartburn. In all of these conditions pitta balance is very effective with the above mentioned formulation. Moreover it also helps in relieving indigestion which is typically present after hysterectomy in females.

The herbal formulations mentioned above can be used before or after hysterectomy and can also be used in cases where there is presence of certain conditions like fibroids or others. One Must understand that removing the uterus is not the only option. If you are suffering from a certain condition then why can’t you explore and find a better way rather than going for hysterectomy and then suffering from many other conditions later in your life. Your gynecologist will very easily tell you that you must opt for hysterectomy but before that they will never guide you about the further consequences of it. Being a lady you must understand the importance of your uterus and must have knowledge about functions it is regulating. So wake up ladies and choose wisely rather than going blindly.