Life feels pretty easy when you are able to breathe in and out through your lungs. Lungs are the two main organs of the respiratory system situated on both sides of our chest which helps us in eliminating carbon dioxide from the body. 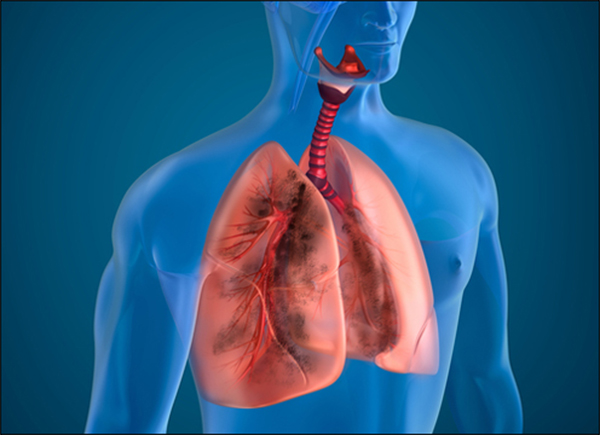 When these lungs start to show scarring due to certain reasons like smoking, infection, or intake of certain chemicals affecting the immune system and this results in Pulmonary Fibrosis. This causes inflammation of the lung and one common thing which is seen while diagnosing is scarring which gives a resemblance to honeycomb. In this article, we are going to throw light on the honeycombing of the lungs and how it can be managed with the help of herbal remedies.

The word “honeycomb lung” originated in the 19th century in Germany and appeared in English literature in 1949 in a study by Oswald and Parkinson. Honeycombing or Honeycomb lung occurs when the lungs have small cystic spaces along with irregularly thickened resulting in fibrosis of tissue as known as pulmonary fibrosis. The dilation of bronchioles and thickened terminal gives rise to airspaces giving the lungs a honeycomb appearance which is seen through X-Ray. Pulmonary fibrosis is one of the common lung disorders which results in honeycomb lung. This condition progresses slowly and leads to life-threatening situations making it difficult for the patient to breathe.

There are many other compilations and this includes-

The causes of honeycomb lung can be divided into different categories:-

Environmental and Occupational Factors:- This occurs due to long term exposure to toxins and pollutants that causes damage to the lungs and this include harmful chemicals like:-

Radiation treatments:- Some people who have received chemotherapy in the past due to breast or lung cancer might show symptoms of fibrosis years after the therapy and this depends on how long they were exposed to chemotherapy and also the amount of administration into the body.

Autoimmune disorders:- People who suffer from autoimmune disease and their immune system attack the body instead of protecting might result in honeycomb or fibrosis of the lungs. This

Genetics:-  3 to 20 percent of people affected with Pulmonary fibrosis are seen that this runs in their family and they have inherited it from them.

Diagnosis for Honeycombing of Lungs

In order to confirm the diagnosis, there are many clinical investigations that can be done. This includes a physical examination and using a stethoscope to listen to the breathing carefully and along with this, the other test that can be done are:-

This can be obtained in several ways such as:-

According to Allopaths the treatment for pulmonary fibrosis includes pirfenidone and nintedanib medication which will help in suppressing the symptoms. In the end-stage, they might suggest a lung transplant which may result in long time complications.

According to Allopaths the treatment for pulmonary fibrosis includes pirfenidone and nintedanib medication which will help in suppressing the symptoms. In the end-stage, they might suggest a lung transplant which may result in long time complications.

Praanrakshak Churna is formed from the herbs like  Sarasprilla (Tylophora asthmatica),  Licorice (Glycyrrhiza glabra), Clerodandrum (Clerodendrum serratum), and many more. It is very effective in removing an infection from the lungs and reducing all kinds of inflammation. It is also helpful in removing ailments like cough, cold, and dyspnea.

Dosage:- One teaspoon twice daily with water after meals.

It is packed with an herb called Vasak (Adhatoda vasica)  which is very effective in chronic cold and cough. Vasaka capsules are very effective in lung problems like bronchitis and also other problems related to the lungs making it the best pulmonary fibrosis. It is one of the best herbs to enhance the functioning of the lungs.

Dosage:- One to two capsules twice daily with water after meals.

Tulsi Capsules is one of the best herbs for making the lungs stronger called Tulsi (Ocimum sanctum). It is also known as holy basil and is very easily found in India. Tulsi has anti-inflammatory and anti-allergic properties making it very effective in sore throat, autoimmune disorders, and allergies. All these are some of the reasons which results in the development of Honeycomb Lung. One of the effective medicines to treat fibrosis of the lungs.

Dosage:- One to Two capsules twice daily with water after meals.

It is one the best ayurvedic formulation which contains Pippali (Piper longum), Maricha (Piper nigrum), and many more which is very effective in complaints like cold, cough, indigestion, asthma, and bronchitis making it best for the treatment of lung problem. It will stop the progression of the disease.

Above mentioned are all the information about the disease which describes that it’s a harmful disease and can lead to death. Planet Ayurveda provides its herbal treatment as mentioned above which will help in the treatment of disease and without any need of the operation. Keep your lungs healthy naturally with Ayurvedic medicine which will help you to breathe properly.

← What are the Benefits of Alkaline Food and Side-Effects of Acidic Food?
Ayurvedic Treatment for Melanoma (Skin Cancer) →