Pregnancy is the happiest time in a woman’s life. It is one of the most challenging times of life as the body goes through various changes to support the development of a new life. Ayurveda system of medicine is an excellent addition to the care provided by the Ayurvedic doctors where they. supports the physical, mental and spiritual states of the mother and her baby. 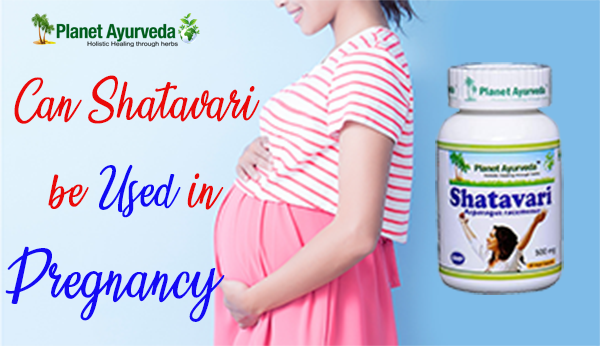 Shatavari is a well-known herb that has been used in Ayurveda since many ages to boost up the fertility in both men and women, improves the libido and increases the chances of conception. Its Latin name is Asparagus racemosus and belongs to the family Asparagaceae. It is also known as the Shatavari or satavar.

Shatavari is the richest source of various phytochemicals that protects the body against various diseases and promotes good health.  These phytochemicals strengthen the immune system and combat the oxidative damages. Its roots contain zinc, copper, cobalt, manganese and other minerals like potassium, calcium, magnesium, and selenium.

Can Shatavari be Used in Pregnancy?

Yes, Shatavari can be used during pregnancy. It provides strength to the uterus and is well known to help in stimulating breast milk production during the lactation period. It can also be used to improve immunity and strength, after delivery. Before consumption, you should take advice from the doctor for taking Shatavari during and after pregnancy for the optimum dosage you should take.

Benefits of Using Shatavari During Pregnancy

Here are some salient features of using Shatavari during pregnancy

Some researchers have stated that the root extract of Shatavari stimulates the immune boosting cells of pregnant women. It fights against the infection caused by germs and speeds up the body’s recovery. It contains an active compound called spaogenin which is the powerful immuno-modulator and prevents the body from infections.

Shatavari is the richest source of folic acid that provides nutrition for the fetal development. This herb is useful in pre and post-delivery stages to have a healthy baby. As folic acid reduces the chances of heart-related problems, helps in the neural development of the fetus. It also maintains the health of the pregnant mother and prevents cancer too.

Calcium is the essential mineral that is required for maintaining the proper functioning of the body and provides strength to the bones and teeth. As, pregnant women need a proper amount of calcium to support the fetal development. It also helps in bone formation and prevents abnormal fetal development.

Shatavari is the rich source of vitamin B6 and it is the most essential vitamin for the body. It is beneficial for the mother as well as the fetus to boost the immunity and regulate the body functions. It also prevents the occurrence of nausea and maintains blood pressure.

Vitamin C is present in Shatavari and is an essential nutrient for the body that damages the free radicals and prevents the body from infections such as a cold. It also forms collagen fibers which are the main protein that helps in the formation of skin and other connective tissues.

Vitamin E is the most essential vitamin for the mother and the fetus. This herb contains vitamin E that protects the body from toxins. It also prevents the babies from the conditions associated with the nervous system. It also improves the immune system and protects mothers from various diseases. Thus, it maintains the vitality and health of the body.

Shatavari contains vitamin K which is essential for marinating the cardiovascular health of the body. It regulates the functioning of blood vessels in the body and the mother.

Shatavari supplies plenty of inulin which is useful for gut health. Inulin is a starchy substance which is not absorbed by the stomach. It travels to the bowel where useful bacteria utilize it to grow. These bacteria improve the bowel function and overall health of the body.

Shatavari works as a galactagogue which increases the production of milk in breastfeeding mothers. It also attributes due to the presence of steroidal saponins in the herb. Clinical trials have shown that the level of prolactin hormone is higher than in those who are not using shatavari.

Due to the presence of glutathione in Shatavari, it is highly beneficial to take it during pregnancy. It is the most essential nutrient for pregnant women as it works as an antioxidant. As antioxidant counteracts the oxidative damage caused by free radicals. If it is left unchecked or untreated, it attacks the fetal DNA and causes various fetal defects.

Planet Ayurveda offers Shatavari capsules for men as well as for women to increase the capability and strength of the body. 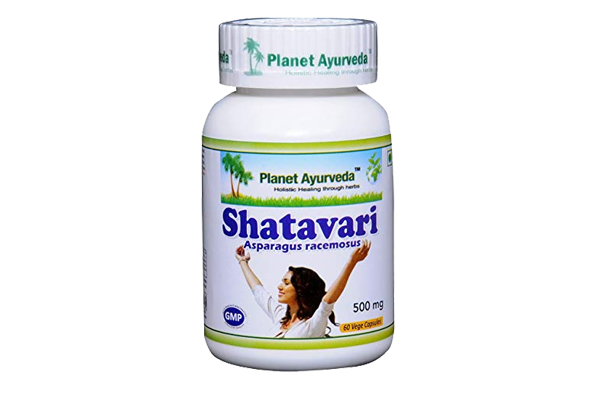 With the rising demands for natural supplements and natural products, it is becoming very difficult for everyone to choose the best and right supplements for them that maintains their health.

Planet Ayurveda’s Shatavari capsules are prepared from the pure and standardized extract of Shatavari which shows very effective results in various health ailments.

← How To Detox Your Body This Summer?
How To Manage Psoriasis at Home →