Antiphospholipid syndrome is an autoimmune disorder. It is also known as APS, APLS, Antiphospholipid Antibody Syndrome, Hughes Syndrome, Sticky Blood Syndrome etc. As we said it is an autoimmune disease that means the body’s own immune cells start attacking its own tissues. This syndrome is associated with an inappropriate amount of blood clots hence it is considered as an excessive blood clotting disorder. Antibodies in our body protect us from infection but in case of APS antibodies attack lipid proteins of our body. In this topic we are going to discuss sign, symptoms and Herbal remedies for APS syndrome. 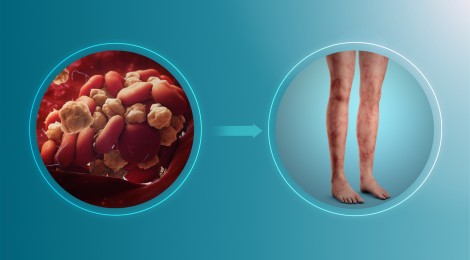 Antiphospholipid syndrome (APS) is an autoimmune disease in which the body’s own cells produce antibodies. These antibodies start acting against our body. It usually attacks lipid proteins which are essential for blood clotting. APS causes destruction of these proteins and leads to blood clotting. APS syndrome can cause blood clots in the legs, brain, lungs and kidneys. Especially in pregnant women it can cause miscarriage and still birth.

This syndrome causes production of abnormal antibodies that start attacking their own blood cells and make the blood thicker. This condition can lead to serious complications if left untreated. There are few signs and symptoms which are associated with APS. These include:

There are some less common symptoms that include chronic headache, migraine, nasal and gum bleeding. It can also cause seizures when clot is present in the brain and it causes backflow of blood.

The exact cause of Antiphospholipid syndrome is not known yet but it is an acquired autoimmune disease. The immune system starts attacking its own cells and can lead to various complications. It can be caused due to underlying diseases such as autoimmune diseases, infections and certain types of medications.

There are warning signs which appear on developing blood clots. These are sudden pain or swelling in one side of the leg or arm. There can be chest pain or shortness of breath, slurred speech, and numbness and in some patients even it can lead to paralysis.

There are various risk factors associated with Antiphospholipid syndrome that can contribute to development of ASP. These are as follows: 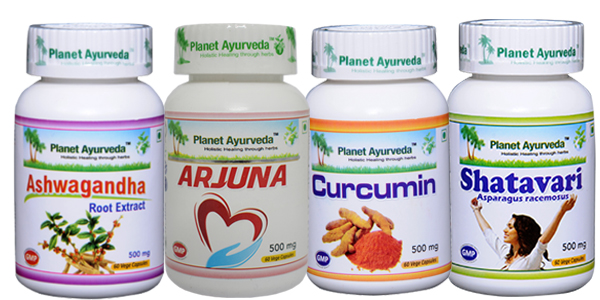 Terminalia arjuna is the main ingredient of Arjuna capsules. Arjuna is potent anticoagulant in nature hence preventing formation of blood clots as well as resolving blood clots. Arjuna capsules effectively balance all three doshas in the body. It maintains proper blood circulation and helps in removal of clog in arteries.

These capsules are formulated by using potent extracts of Curcumin (Curcuma longa). Curcumin is enriched with antioxidant properties and it also has immunomodulatory action. Curcumin capsules are highly effective to deal with Autoimmune diseases.

Shatavari capsules are beneficial for both male and females. These capsules contain Shatavari (Asparagus racemosus) as the main ingredient. Shatavari is an essential herb to improve overall health as it has immune boosting properties. This herb is used to treat female reproductive ailments from ancient times hence it can be useful in managing misscarriage, stillbirth that is associated with Antiphospholipid syndrome. These capsules strengthen the reproductive system of females.

Dose – 2 capsules twice daily with plain water after meals only.