Esophageal motility disorder (EMD) is a disorder of the esophagus where the tube which carries food from mouth to stomach is unable to empty food into the stomach and leads to various symptoms like causing difficulty in swallowing and chest pain. It is a rare disease of the esophagus that occurs less commonly than other inflammatory diseases of the esophagus. It affects 1 in a million population of the world and can occur at any age but is common in individuals after 40 years of age. Here we will discuss natural herbal ways to prevent the condition of esophageal dysmotility. 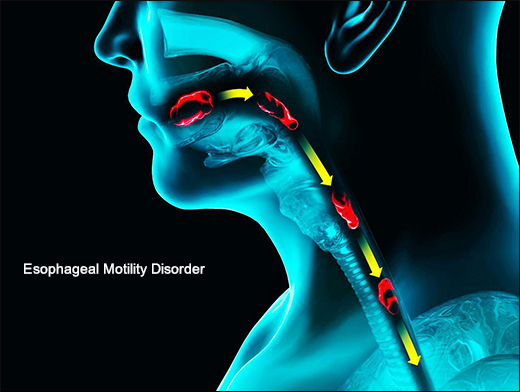 Esophagus is a hollow muscular organ which is 25 cm in length. It has three parts cervical, thoracic and abdominal where cervical having UES (upper esophageal sphincter) and abdominal having LES (lower esophageal sphincter) located at the distal part of the esophagus. The function of the esophagus is to transport food from mouth to stomach through peristaltic waves triggered by the swallowing center in the brain stem and in some cases UES unable to relax and pass food bolus through it.

There is no exact cause of this disorder but there are certain risk factors leading to the development of this condition as follows:-

Esophageal motility disorder causes various clinical features according to its causes given below:-

Though esophageal motility disorder is a rare disease, its management is done by reducing its symptoms by following methods.

If a patient is not responding to medication then he is advised surgery to avoid the disorder but research needs to be done to prove the efficacy of the surgery.

The condition of this motility disorder is managed naturally by reducing the spasm of the esophagus cause the nerves and muscle do not work properly thus preventing the food from entering into the stomach thus swallowing becomes difficult. Spasms are reduced using peppermint oil by relaxing the muscles of those including esophagus and since the disorder is caused by the vitiation of vata dosha so there is a need of balancing vata dosha by ensuring its anulomana properties. So, along with the digestion promoting herbs, vata balancing herbs are also included to make anulomana of aggravated vata.Planet ayurveda provides a blend of certain herbs helpful in managing the motility disorders symptoms and maintaining vata and pitta balance. 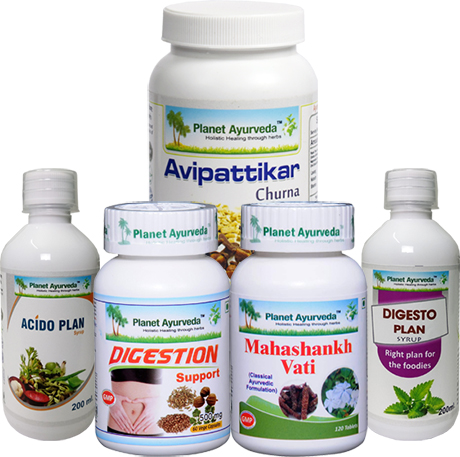 Dosage: 1 tsf twice daily before or after food with lukewarm water.

Mahashankh vati is a polyherbal medicine having herbs like sankha bhasma (calyx of conch shell), shunti (zingiber officinalis), rock salt and other herbs having carminative, analgesic and anti-inflammatory properties to mitigate vata and pitta dosha and reducing acidity and abdominal pain.

Dosage: 1 to 2 tablets twice daily with lukewarm water after food.

Dosage: 1 to 2 tsf twice a day with lukewarm water after food.

Dosage: 1 capsules twice daily with plain water after a meal.

Acido plan is made from the extract of herbal medicine like ghrit kumara (Aloe barbadensis), sajikshar (sodium bicarbonate), patola (Trichosanthes dioica), shatavi (Asparagus racemosus) etc where sajjikhar eliminates the excess acid, aloe vera will aids in digestion and shatavari pacifies vata and pitta being antioxidant prevent tissue damage to the esophageal lining and prevent its inflammation caused in this motility disorder.

Dosage: 1 to 2 tsf twice a day with water before or after food.

Esophageal motility disorder though a rare disorder caused by mechanical barriers or various other factors as discussed above can be managed symptomatically by obtaining a certain lifestyle and usage of natural herbs mentioned in the planet ayurveda are rich in properties aiding in this disorder condition and are prepared by the natural extracts of those herbs free from any type of preservatives and side effects and can be taken by any age group.