How To Lengthen Telomeres Naturally

Human DNA is very complex and it is difficult to understand structure. The DNA structure is like a story and this story is generally termed as the master blueprint for life. Most importantly, DNA is an inheritance that is being passed on to every individual from their parents. Some beautiful lines for DNA also suggest that it is the basis of life on earth, the thing that comes from our parents and is passed on by us to our children. This is the mastermind of every function and character. ” DNA is a unique, specific essence of our presence”. This article is about Telomere Boostup which works on the smallest part of DNA that is chromosome but still the most important one. 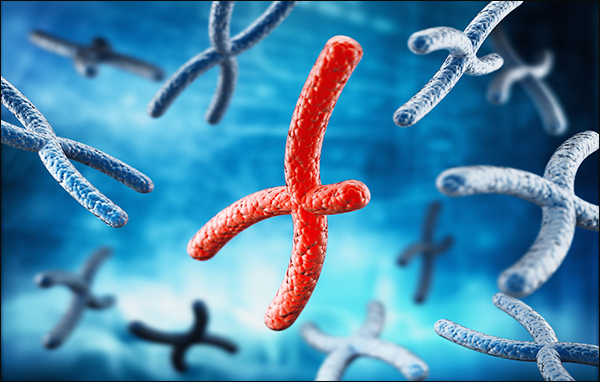 Telomere degeneration or deterioration is also supported by certain factors like wrong lifestyle and wrong dietary habits which push you or make you vulnerable for many types of diseases.

Certain Facts About the Telomeres

Now, we know something or the basics of telomeres. But still the question remains how we can protect our telomeres? Obviously we can not just stop anything which is going on inside our body but we can do something or many things to make things better for our lovely telomeres who are working in a hats off way to protect our chromosomes from the process of degeneration. For that obviously we have to do certain alterations in ourselves but with that Telomere bosstup by Planet Ayurveda can be of great help.

Telomere Boostup is a Planet Ayurveda’ s patent product which is manufactured using five different herbs. These herbs are known to have their effect so deep that it can enhance the life of Chromosomes by working on telomeres. The ingredients of this formulation are one of the most famous herbs of Ayurveda and have a rejuvenating effect on the body cells, cellular nucleus and chromosomes inside of this nucleus. Here rejuvenation stands for regeneration of cells and chromosomes as well. Now, coming to the next part of this article, explaining ingredients in detail. 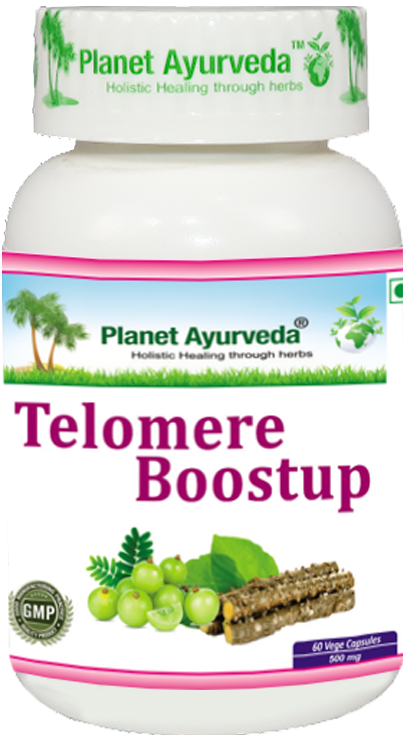 Ashwagandha is a famous and effective herb of Ayurveda. This herb belongs to balya and bruhiniya gana. It is also known to be nourishing and the nourishment is not only at the dhatus or bodily tissues level but deeper. Ashwagandha has an impact on doshas which means it helps in maintaining the dosha stability that is vata, pitta and kapha, which in turn reduces the chances of  onset of diseases.  As a member of Balya and bihaniya  gana, ashwagandha consumption provides strength to the body even at cellular level as well as on chromosomal level. So, it helps in eliminating the cause which is responsible for telomere degradation at a faster rate. Even in cancer the herb has a great role as it balances kapha dosha which is responsible for cancerous growth and again helps in eliminating the factor responsible for telomere destruction. Thus ashwagandha is an impressive herb and justifies it’s part as an ingredient of telomere boostup.

The grape seed is known for its very good effect and works as an agent that helps in improving the condition of the body. It helps in reducing the oxidative damage which is done to various Parts of the body by the free radicals.  Grape seeds are also known to support the working of the CNS that is the central nervous system as well and prevent the atrophy with age as well. Thus, all  these properties of grapes depict a very common thing and that grape seeds help in enhancing the life expectancy of cells. Enhancing life of cells means that life expectancy of cells is only enhanced or increased when the process of damage to telomeres can be eliminated and hence telomeres are being protected. These  grape seeds are actually capable of rejuvenating, regenerating and giving protection on chromosomal levels. These seeds also help in inhibiting the growth of infectious agents. Grape seeds are a really good agent for improving kidney functioning and also  reduces the risk of cancerous growths. Grape seeds also improve blood circulation and have an anti-inflammatory effect. The summary of this suggests that it helps in keeping dosha in balance. Balanced dosha means, body is being  protected from chronic diseases thus the life expectancy of cells automatically increases.

Amla is a famous and popular herb that has a great effect in rejuvenation. Every minute molecule of the living body including the telomeres can be rejuvenated using amla. Amla or amalaki is a herb that is kept under the vyasthapak gana. Vyavasthapak here means which helps in enhancing the vaya (Life or age).  The fantastic thing about this herb is that it has a great role in boosting the immunity of the body as it helps in balancing all three doshas as well as being an immunomodulator as well. The herb due to its fantastic effects is used in say 100 ways to treat different 100 types of conditions. Amla is a herb known to protect the body cells from the damage caused by free radicals then in a direct way it is also having effect on a chromosomal level as it is also protecting chromosomes from the effect of free radicals as well. The fruit of this plant has a great effect on digestion too. Maintaining digestion results in zero accumulation of endotoxins, zero accumulation of endotoxins means smooth functioning of the body and Thus fasting the process of telomere destruction is not triggered at a faster rate. Amalaki is termed as rasayani in Ayurveda.

Moringa is widely used in India especially in South India. The herb is  used in preparation of  multiple dishes and also gives exotic taste. But, this herb has more benefits than just being an ingredient for some dishes. Moringa is also known to enhance the extension of telomeres. Telomeres, which are mentioned multiple times in this article are likely to degrade with age and in case of  any diseased condition going on inside the body then their  degradation process becomes vigorous. Moringa here is also known for  recovering from cancer. It is proven by many studies that natural herbs like moringa have cytotoxic  properties towards cells and give very great results as a cell rejuvenator. It also has its effect on extending the telomeres thus enhancing the chromosomal life. It works by its rejuvenating and regenerating effect on cells.

Giloy or Guduchi is a herb which is known as the magical herb of the Ayurveda. This herb also belongs to the vyasthapak gana. As mentioned above, vyasthapak means a group of herbs that are known to enhance life expectancy. Giloy is known for its magical effect on the body. Giloy is being described by saying a very beautiful line that states “Giloy is the amrit for life” and yes indeed it is. Giloy is known to act inside the body in a way which is required by the body itself. That’s why it is termed as vichitravirya. The herb is known to enhance the immunity of the body hence strengthening the immune system or defence system of the body. There is no molecule in the living body on which guduchi can not work and that includes telomeres as well.  That’s why the herb is called amruthaballi as well.

The Telomere is an important thing for maintaining the longevity of chromones. If you want to protect your telomeres then you must do some modifications in your diet and lifestyle timely so that there is no certain chance that your telomeres can suffer. Changes start from changing yourself and for your rest of the help we are here with this brilliant product called telomere boostup. The product as mentioned is specially manufactured which can help in telomere protection as well as telomere extension as well. The capsules are totally herbal and do ot cause any kind of side effects. In case of any query kindly visit www.Planetayurveda.com