Hydrocephalus is the disease of buildup fluid in the cavities deep within the brain of a child. The excessive fluid in the brain increases the size of ventricles and puts pressure on the brain. Normally cerebrospinal fluid flows through the ventricles and helps to bathe the brain and spinal cord but the pressure of excessive spinal fluid is associated with hydrocephalus which damages the tissue and causes brain function problems in infants this disease is also present in older ages above mostly 60 years. So today’s topic is on hydrocephalus and ayurvedic treatment of hydrocephalus, so let us discuss this topic in detail as follows. 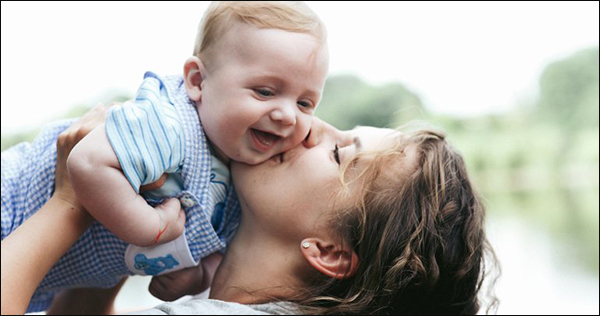 Hydrocephalus is a condition in which the accumulation of excessive cerebrospinal fluid which gets accumulated within the brain and mostly in infants This may typically cause increased pressure inside the skull. The Older people may suffer with headaches, double vision, poor balance, urinary incontinence, personality changes, or mental impairment. In babies, it may be seen as a rapid increase in the head size. Hydrocephalus can occur due to birth defects or be due to acquired later in life. The four types of hydrocephalus are very communicating, non communicating. Diagnosis is made by physical examination and medical imaging. In allopathy Hydrocephalus is treated by the surgical placement of a shunt system. A procedure called a third ventriculostomy is an option in some patients. This requires replacement again and again. Many people with shunts live normal lives obviously. This type of hydrocephalus may result from a thickening of the arachnoid around the base of the brain which blocks the flow of csf from the spinal cord to the cortical subarachnoid spaces. Csf normally flows unrestricted through the ventricles in the skull and into the subarachnoid space too. The thickening of the arachnoid layer around the outside of the brain may prevent the free flow of csf through this pathway. communicating refers to the fact that csf can still flow between the ventricles which remain open.

The individuals with the communicating hydrocephalus are not the patients for Endoscopic Third Ventriculostomy though it is not completely ruled out as the option as each case and individual is unique. Non communicating hydrocephalus is also well known as the obstructive hydrocephalus occurs when the flow of csf is blocked along one or more of the narrow passages connecting to the ventricles. One of the most common and important causes is aqueductal stenosis, a narrowing of the aqueduct of Sylvius which is a small passage between the third and fourth ventricles of the brain. Some patients with non-communicating hydrocephalus can have a surgical procedure called an endoscopic third ventriculostomy. This surgery creates the opening to allow csf to flow in and around the brain as it would do under normal circumstances of the body.

This condition is acquired as a consequence of the central nervous system like infections, meningitis, brain tumors, head trauma, toxoplasmosis, or intracranial hemorrhage, and is usually painful.

The clinical sign of hydrocephalus varies with the chronicity of the disease. The very acute dilatation of the ventricular system are manifest with non specific sign and symptoms

The signs and symptoms of hydrocephalus vary somewhat by the age of onset.

Very Common signs and symptoms of hydrocephalus in infants which includes:

Changes in the head

Mainly toddlers and older children, signs and symptoms might be include:

Common signs and symptoms in the age of young and middle include:

Following are the diagnostic method of hydrocephalus

Physical examinations of the patients, positive transillumination of infant head, typical cracked pot sound of the skull bone, ophthalmoscopy, mri and ct scan, cranial ultrasonography and xray of the skull these are the most common and important diagnostic methods are used in this disease.

As per allopathy, Hydrocephalus can be treated surgically, creating a way for the excess fluid to drain away from the cavity . In the short term an external ventricular drain also known as an extraventricular drain or ventriculostomy which provides relief. For the long term some of the patients will need any of various types of cerebral shunt. It involves the placement of a ventricular catheter into the cerebral ventricles to bypass the flow obstruction.

Planet Ayurveda is providing a good therapeutic approach to this particular disease. The products of planet ayurveda are 100% safe and easy to use. These following products are made under the supervision of experts and also have good results in all types of disease. Planet Ayurveda provides the following herbal and pure product for the treatment of this disease. 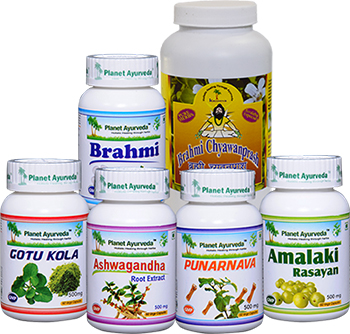 It contains ashwagandha (withania somnifera). It is the best product for  neuralgia and has best results in stress disorders. It is useful in debilitating conditions, fatigue, stress, anxiety, palpitations, ageing and nervous breakdown. It acts as a nerve tonic enhances physical as well as mental stamina it brings strength back to muscles relieves the muscles and calm down the system it acts as a natural rejuvenator that helps maintain proper nourishment of the tissues particularly muscle and bone it is regarded as a first class adaptogenic tonic in one of the world’s greatest herbal medical system ayurveda. it is also known as winter cherry improves the body’s ability to maintain physical effort and helps the body adapt to various types of stress and it is the best herb for balancing vata in the body. Vata governs all movements in the body including the movements of nerve impulse throughout the nervous system it acts as a nerve tonic which enhances physical as well as mental stamina. It can be given to growing childrens as well as old age people.

It contains gotukola (centella asiatica). It is useful for lack of concentration, low memory, exhaustion, stress, depression, and anxiety. It improves circulation, causes alertness and helps in relaxation. It is also used in the treatment of various skin diseases and varicose veins. Gotukola Capsules are made from pure herbal extract of the leaves of the herb centella sciatica. It is traditionally used in Ayurvedic medicines since ages for improving memory and boosting concentration. The gotu kola capsules are 100% vegetarian, purely natural and free from any side effects.

Dosage: 1-2 tab once or twice a day with lukewarm water.

It contains Brahmi (bacopa monnieri) it is world famous for its memory enhancing properties.it increases the coordination between brain neurons thus helps in improving short and long term memory. Increases concentration stamina and helps in mental fatigue. It is also used in treatment of many other ailments like vertigo, anxiety, stress and blood pressure. Brahmi capsules are 100% vegetarian and natural. They contain bacopa monnieri in extract form. This is a time tested herb used to increase memory naturally. Brahmi increases grasping power and learning capability. It contains alkaloids like bacopasides, which are the reason for the action of brahmi to increase memory. Brahmi is a complete natural remedy for mind.

it contains punarnava (boerhavia diffusa). It is the best herb for maintaining kidney function. It is a rejuvenative and also used in impaired urinary functions. It naturally helps the body to expel fluids so best for edema. It also helps relieve water retention and aids in weight loss. It also helps to promote healthy liver functions. Punarnava is also useful in ascites ,congestive heart failure and swelling due to arthritis. Puna means again and nava means new. So it rejuvenates the cell rather than only eliminating water from the body.so it is useful even where the cells of various organs are damaged. This herbal formulation is also very useful in urinary tract obstruction, kidney failure due to any reason and accumulation of fluid in the body. It clears away the obstruction in the urinary tract and is also act as anti-infective.

Dosage: 1-2 tsp once or twice a day with lukewarm water.

It contains amalaki (emblica officinalis). It reduces the cholesterol and cholesterol Used atherosclerosis and also helps to fight chronic diseases like hypertension, diabetes, Aids, influenza, chronic cough and cold. Regular use improves immunity, fights cancer and rejuvenates the body. It is the best anti-aging supplement to prevent wrinkles and premature graying of hair. Amalaki rasayan capsules are nature’s richest source of natural vitamin c. They contain standardised extract of amla fruit pulp. The fruit has  the highest content of vitamin c of any natural occurring substance in nature. Amla is the most useful treatment for ulcers and hyper-acidity. Amalaki rasayan is rich in calcium, iron essential amino acids and many other vitamins, minerals and antioxidants. Ayurveda describes it as one of the best herbs for diabetes, bleeding disorders, strength and anti-aging.

In today’s time this  hydrocephalus disease is the most common disease in childs  and there is no proper cure in allopathy medicines. They do only symptomatic treatments in this disease. But in ayurveda our acharya gave proper and long acting treatments. the products of planet ayurveda are all are according to our ancient acharya which are very effective. The products are 100 % ayurvedic and made under the supervision of experts. Each and every product contains pure ayurvedic herbal medicines and are all side effect free. In case of any query kindly visit www.PlanetAyurveda.com. For more queries, you can send your queries to our email id herbalremedies123@yahoo.com.