Vitamins are the organic substance and are required in small quantities in the body. These vitamins need to come from food because the body does not produce these as itself or either produces in very small quantities. Twelve vitamins are known so far till now and have clinical effects in the human body. These are essential micronutrients that are required for the proper metabolism in the body. Vitamins have a variety of biochemical functions which will be discussed later in this article. So in this article we are going to discuss different Vitamins and their deficiency and also their natural prevention. 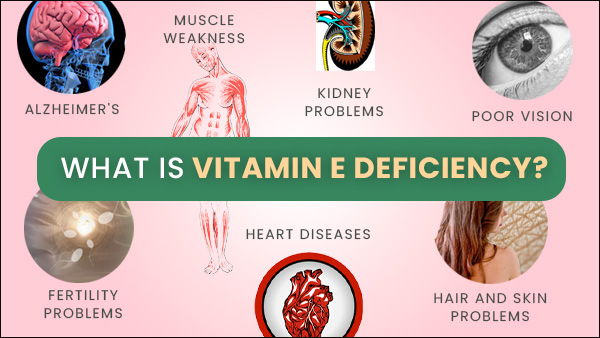 There are two types of vitamins

Now let’s just talk in brief about these Vitamins!

This is a fat soluble vitamin which is also called as Retinol. This is the first vitamin to be recognized. This vitamin is a group of unsaturated nutritional organic compounds which contains retinol, retinal and several provitamin A carotenoids.

Functions of Vitamin A:- It has multiple functions such as:

Diseases caused by the deficiency of Vitamin A are:

Vitamin A supplement: A single large dose of 60 mg retinol as palmitate or acetate (200000 i.u.) should be given orally or through parenteral route (55 mg). A person should be advised to eat dark leafy vegetables. Increase the intake of food supplements that are rich in Vit. A as mentioned above.

Side-effects: If this single large dose is exceeded from its normal dose or if it is taken in repeated moderately high doses then the most serious side effect is teratogenicity. Acute overdose can lead to nausea, headache, increased intracranial pressure, skin desquamation. Chronic high doses can cause hepatotoxicity.

This is also known as Thiamin. It is a water soluble vitamin. It is useful in using carbohydrates as energy. Heating, cooking and boiling food items destroy thiamin, as this is water soluble. A person needs continuous supply of Thiamin, because it is not stored in the body.

Function of the Vitamin B1:

Deficiency of Vitamin B1: Thiamin deficiency can produce high output cardiac failure, or peripheral neuropathy or encephalopathy. Encephalopathy is the first manifestation in less active people. The person who is taking high carbohydrate diets, heavy alcohol intake aggravates thiamin deficiency. The deficiency starts after one month of thiamin free diet.

Diseases caused by the deficiency of Vitamin B1

Management: It can be managed by giving 50 mg thiamin intramuscularly for 3 days. The person is advised to eat a vitamin B1 rich diet to overcome the deficiency.

This is also called Riboflavin. Vit. B2 is a constituent of the flavoproteins which are the part of the oxidation chain in the mitochondria. It is a water soluble Vitamin. It is a yellow green fluorescent compound which is soluble in water. This compound is destroyed by the exposure to UV rays.

Function of Vitamin B2:

Diseases caused by the deficiency of vitamin B2

Management: The therapeutic dose of riboflavin 5 mg should be given by mouth.

This is also called as Niacin. It is also a water soluble vitamin. Niacin is an organic compound and an essential human nutrient. It is normally synthesized in the body in small quantities from tryptophan.

Deficiency of Vitamin B3: the deficiency of niacin in the diet causes disease known as Pellagra. It is a life threatening condition. Deficiency also causes some psychiatric problems.

Sign and symptoms: This disease is mentioned in three D’s i.e. Diarrhea, Dermatitis and Dementia. Other symptoms are:

Management: it is given in a dose of 100 mg every 6 hours by mouth. Intake of proteins is advised to the patient.

This vitamin is known as Pyridoxine. Vitamin B6 is an essential nutrient for survival. This vitamin is widely distributed in plants and animal tissues.

Functions of the Vitamin B6: It is helpful in macronutrient metabolism, neurotransmitter synthesis, haemoglobin synthesis and gene expression.

Deficiency of Vitamin B6: The classical clinical syndrome of this deficiency is a seborrhoeic dermatitis. The diseases are sideroblastic anemia, angular cheilosis, depression and confusion.

Management: It should be managed by proper dietary intake and Vitamin B6 supplementation.

This is a fat soluble Vitamin. It is also known as ascorbic acid. It is a modified simple sugar. It is found in various foods.

Functions of the Vitamin C:

Deficiency of vitamin C: Deficiency of this vitamin leads to the disease known as Scurvy. In this disease there is defective formation of collagen in connective tissue. There is delayed healing of wounds.

Management: A patient should be given a 250 mg dose by mouth 3 times a day.

Side effects: If Vitamin C is consumed in high doses then most common side effects are haemochromatosis.

This is a fat soluble vitamin. This is also called Cholecalciferol. It regulates the calcium and phosphorus metabolism in the body. Vitamin D is formed in the skin by the action of ultraviolet rays on 7-dehydrocholesterol.

Diseases caused by the deficiency  of vitamin D: These causes bone disorders such as Rickets, osteomalacia, osteoporosis.

Sign and symptoms: A person who is suffering from vitamin D deficiency has following symptoms:

Management: it can be managed by some dietary and lifestyle changes and also Vitamin D supplementation

It is also known as Tocopherol. It is a group of eight fat soluble compounds which include four tocopherols and four tocotrienols.

Deficiency of Vitamin E: It is a rare deficiency usually due to any underlying cause such as problems in digestion. Due to its deficiency there are abnormalities in dietary fat absorption or metabolism. There is a genetic abnormality of genes coding alpha-tocopherol transfer protein (α-TPP), with this abnormality there is a progressive neurodegenerative disorder known as ataxia. There are nerve problems due to poor conduction of electrical impulses. This deficiency also causes peripheral neuropathy, myopathies and impairment of immune responses.

Management: Vitamin E supplementation should be given as a soft gel capsules (amount ranging 100-1000 IU/serving)

This is a water soluble Vitamin and also known as phylloquinone. This is a coagulation vitamin which is useful in clotting. It is of two types Vit K1 and Vit k2.

Deficiency of Vitamin K: Due to deficiency of this vitamin there is delay in blood clotting or failure to clot. In severe cases there is excessive bleeding either internally or externally. A person who is suffering from malabsorption can also suffer from Vitamin K deficiency.

Management: Vitamin K supplementation should be done along with proper dietary intake.

This is also called cobalamin and is a water soluble vitamin which is involved in the metabolism of every cell of the human body. Vitamin B12 is a cofactor in DNA synthesis and metabolizes both fatty acid and amino acid. It is the largest and most structurally complex vitamin.

Functions of vitamin B12:

Dietary sources: This is mostly obtained from animal foodstuffs. Vegetables have a very low amount of Vitamin B12.

Deficiency of Vitamin B12: Deficiency takes at least 3 years to appear in the body and prolonged deficiency leads to megaloblastic anemia. Deficiency may be due to tapeworms in the intestines (Improper digestion), Crohn’s disease etc.

Signs and symptoms: A person has following symptoms:

Management: It is treated with diet and supplements. Person should be given milk products.

The first and foremost natural way to manage deficiencies is dietary sources. Along with that we should give some best herbal products for fulfilling the requirements of Vitamin. So Planet Ayurveda provides some herbal products for the treatment of deficiency of vitamins.

Planet Ayurveda is a GMP certified company. This company offers herbal products worldwide. These herbal products are 100% natural and prepared from the standardized extract of potential herbs. They are free from any type of chemicals and additives. Along with the disease management they also provide nourishing supplements for maintaining the nutritional needs of the body. They provides following herbal products: 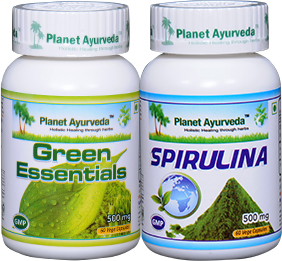 This is a single herbal formulation and is a very effective or natural supplement for the body. It is prepared using the standardized extracts of Spirulina (Spirulina Platensis). It is a very good antioxidant and removes all the harmful toxins from the body. It is rich in natural proteins, vitamins, minerals and omega 6 fatty acids.

Dosage: 2 capsules twice a day after meals with plain water.

At last, I can say the above provided information is true and presented to you in an effective and innovative way. So Fulfil your nutritional needs with Planet Ayurveda herbal supplements and intake of proper dietary supplements and stay safe and healthy. In case of any query kindly visit www.PlanetAyurveda.com
Tweet
The following two tabs change content below.