Hemapheresis is the selective collection of any blood component by passing blood through automated equipment. Hemapheresis has become important for collecting specific components for transfusion like plasma, leucocytes, platelets etc. as well as for removing pathogenic factors in clinical disease. The following text takes account of all aspects of hemapheresis, including its role in blood component collection and its therapeutic applications. Ayurveda has similar aspects of blood cleansing and bloodletting techniques with herbs and natural occurring things respectively. Among them leech therapy draws much attention. Let’s have a look at this!!! 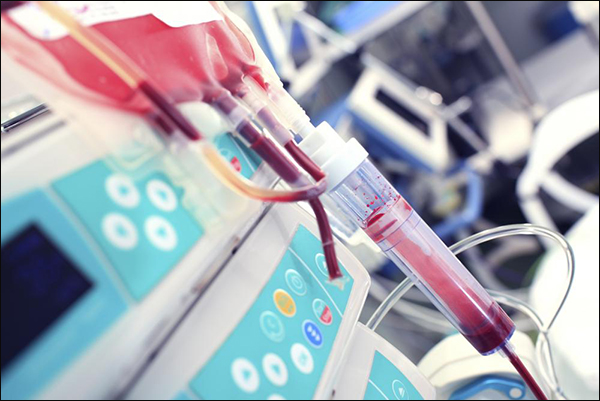 Blood is the fluid of health, transporting disease-fighting substances to the tissue and waste to the kidneys. Because it contains living cells, blood is alive. Red blood cells and white blood cells are responsible for nourishing and cleansing the body. Blood carries oxygen to all body parts thus vital. But as the body grows and as it faces toxins from various substances and other environmental pathogens  and contaminated food, blood gets infected which further leads to various disorders. There are hereditary causes as well that are included in blood disorders and need blood replacement/transfusion. Moreover, in surgery and accidents blood transfusion becomes mandatory. Furthermore, bloodletting also helps in various disorders.

Hemapheresis is a collective term for all the blood components whereas other terms such as plasmapheresis, rheopheresis, erythrocytapheresis, photopheresis, leukapheresis, LDL apheresis etc are component oriented.

Depending on the substance that is being removed, different processes are employed. Centrifugation is the most common method when separation according to density is needed. Other methods involve absorption onto beads coated with an absorbent material and filtration. The process of hemapheresis involves removal of whole blood from a patient or donor. Within an instrument that is essentially designed as a centrifuge, the components of whole blood are separated. One of the separated portions is then withdrawn and the remaining components are retransfused into the patient or donor.

Rakta, that is blood, Acharya Sushruta has considered it ‘the fourth dosha’. Generally doshas when in normal limits, maintains well being and in other cases when above and below become problematic. In Ayurveda, when the doshas contaminate blood cells, it causes blood disorders known as rakta pradoshaj vikara.  Following are various rakta pradoshaja vikara:

What Ayurveda has to offer

It is nothing but blood purifying therapy through herbal medications. As hemapheresis separates toxins and other unwanted particles from the whole blood and other components as per requirement. Likewise, herbal medications clean blood in the body itself. Herbs that are act as blood purifiers includes Manjishtha (Rubia cordifolia), Sariva (Hemidesmus indicus), Haridra (Curcuma longa), Neem (Azadirachta indica), Guduchi (Tinospora cordifolia).

Whereas there is another technique to get rid of vitiated rakta through bloodletting therapy, known as Raktamokshana. Acharya Sushruta has considered Raktamokshan as one of the Panchkarma. Raktamokshan is traditionally done by Jaloka (Leech therapy), Shringa (a cow’s horn method), Alabu (using pitcher gourd) and Siravedha (vein puncturing).

Cleansing of blood is known as raktashodhana. In raktashodhana, various herbs are used to purify blood. Following is a list of some effective herbs useful in rakta shodhana.

It is found in India above 5000 feet. Its properties include anti-inflammatory, wound healing, leprosy healing. As we discussed above leprosy is caused by vitiated blood. Furthermore, it relaxes the brain hence relieves stress. It further has actions like appetiser, antipyretic, anti protozoal. It is a blood purifier. It is useful in female reproductive health. It has anti diabetic properties. It acts as rasayana, boosts stamina and works against toxins.

It generally grows everywhere in India. It pacifies tridoshas. It has a cooling effect as well as anti-inflammatory activity. It increases sexual activity thus increses fertility. It has blood cleansing properties thus used in leprosy, elephantiasis, syphilis, herpes and other skin related issues. It acts as rasayana and diuretic. It is useful in digestion related issues.

It is usually grown all around India but mainly in Bengal, Mumbai and Tamil Nadu. It pacifies tridoshas. It alleviates pain. It has antiseptic, anti-inflammatory, antiprotozoal properties. It acts as a blood purifier and increases red blood cells. It is used in diabetes. It is used in leprosy, urticaria, anaemia, haemorrhage and other skin disorders.\

Grows everywhere in India, mostly in the north west. It pacifies pitta dosha. It is used in abscess, tumours, and wound healing. It is best indicated in itching. Further it helps in alopecia and greying of hair. It helps in many blood related disorders, syphilis and herpes. It is used in diabetes. It has cooling and soothing effects thus helpful in pittaja disorders. It is helpful in blood cleansing.

It is found everywhere in India above 1000 feet. It pacifies all three doshas. It acts as an anti-inflammatory and relieves pain. It is useful for worm infestation conditions. It healthifies the heart and treats jaundice. It increases blood cells and also cleanses blood cells. Thus heals skin disorders. It is useful in chronic fever. It helps in stamina, overcoming weakness.

Health conditions where the toxins are high, where raktashodhana seems not enough to cure blood disorders, raktamokshana is indicated. That is done through various methods in ayurveda. Hemapheresis is best correlated with raktamokshana. It has two techniques through instruments and non- instrumental usage.

It is a commonly followed procedure for bloodletting. As leeches reside in cold conditions thus helpful in pitta vitiated rakta dosha. It is best used in acne and other skin disorders like acne. It is usually used in soft people and cowardly patients who are scared of other bloodletting procedures. Chemicals in saliva of leeches are Hirudin (Anticoagulant) which prevents blood from coagulation and inhibits platelet aggregation and Hyaluronidase (breaks down Hyaluronic acid) thus increasing the blood flow and fluids from affected areas.Leech sucks only vitiated blood. It corrects microcirculation disorders. Its therapeutic properties include anti inflammatory , anti atherosclerotic and immunostimulating and antioxidants.

It is used in kapha vitiated blood because it has properties against kapha dosha and thus pacifies it. Small incisions are made on the skin, after that a pitcher guard made hollow within, created vacuum pressure by lighting a diya. Now the gourd is kept at incised skin through blood is sucked by vacuum pressure, thus doing bloodletting.

It is used in vata vitiated blood. It is hollow from inside and is open from both ends. From ancient times, this shringa therapy has been used. One side of the horn is placed at the incised skin part and from the other side suction is created by the mouth. Thus that leads to bloodletting. These two techniques can be compared to cupping therapy of the modern age. This is how ayurveda has helped to treat blood disorders and various diseases through vein puncturing that is commonly identical to modern venesection.

As blood gets vitiated with time and other conditions dietary habits, level of toxins in blood increases that leads to many blood related disorders. Thus it becomes important to cleanse/purify blood as needed, according to disorders. One must include the above discussed herbs in diet in order keep oneself free from blood disorders/raktaja vikara. Ayurveda has much to offer in the field of blood disorders as mentioned by various acharyas. Bloodletting procedure with leeches is in trend. For more detail of our products check out our website www.PlanetAyurveda.com and for queries you can send your queries to our email id herbalremedies123@yahoo.com.