Prosopagnosia – All You Need To Know

Public interaction is the glue that annexes you into the intricate layers of social acceptance and inclusion. But what if you get up one day, and go to a public gathering where you fail to recognize even familiar faces? This may sound like a loony dream, but the affected people will vouch that the struggle is real. Prosopagnosia, or face blindness as we know it, is a rare but shockingly real neurological condition. The worst part is that you live with the condition unknowingly, up to a point where you finally start feeling it messing up your day-to-day life. And the result? People may call you rude or aloof, and you may feel like being gradually left out from your social circle, your kin.

From Apple co-founder Steve Wozniak and anthropologist Jane Goodall to the celebrated actors like Brad Pitt and Shenaz Treasury, many famous personalities have fallen prey to prosopagnosia. Let us take a deeper look into the causes, clinical features, types, and risk factors of this rare neurological disease. 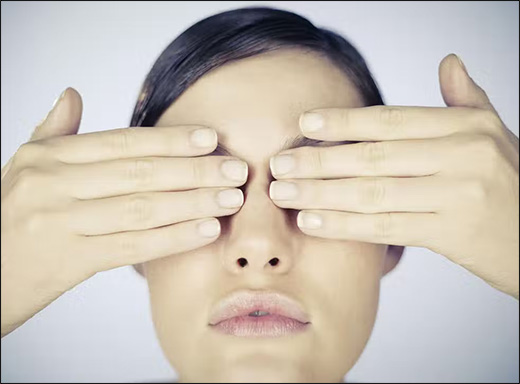 What exactly is Prosopagnosia?

Picture a camera without a memory card- you will be taking lots of photos and capturing memories, just to realize they are not stored anywhere. This is what happens in Prosopagnosia, except that your brain has problems only with face perception. The term was derived from the Greek words prosopon meaning ‘face’ and agnosia meaning ‘ignorance’. The fusiform gyrus, the area that spans between the temporal and occipital lobes of your brain is the spot related to the recognition of familiar faces. Be it a family member, a neighbor, or a celebrity, this region of the brain is where you rely to identify them. Any kind of developmental or acquired damage to the fusiform gyrus is thought to cause Prosopagnosia. If affected, the person cannot distinguish between known faces or recognize them, even though they can identify by other means (voice, smell, hairstyle, clothing, etc.). While recalling a seen face is a spontaneous and unchallenging task for most people, Prosopagnosia patients may struggle to recognize a familiar person even with slight changes in appearance or hairstyle. Their memory and perceptive power are otherwise normal.

Behavioral and social impact on Prosopagnosia

As social interaction is a key and inevitable part of living, patients with prosopagnosia are likely to have a hard time dealing with it. The person may tend to withdraw himself/herself from situations that demand mingling with others and may develop psychological conditions like social anxiety and depression. Watching movies and TV shows can be laborious for them as they fail to recognize the characters. Some people may not even acknowledge their image in the mirror.

The saddest part is that society hasn’t come to terms with Prosopagnosia, mostly because of unawareness. The patients are likely to be taken as rude, remote, and self-centered in a social setting. This can negatively impact the patients’ mental health and can give them emotional traumas for a lifetime.

Diagnosis and Treatment of Prosopagnosia

There are no definite diagnostic methods or treatment protocols in Allopathy for prosopagnosia. The condition and its severity are assessed by a few tests that include identifying the faces of famous personalities, memorizing them, spotting similarities and differences between the faces, etc. The 20-item Prosopagnosia Index (PI20) is a questionnaire available for self-assessment.

While it is currently impossible to cure the disease completely, certain training can be given to improve the patients’ quality of life. Compensatory approaches like stressing other cues like voice etc may be fruitful. However, the effectiveness of the rehabilitation programs depends on a plethora of factors. The mental health of prosopagnosia patients is to be highly valued. It might take a great effort for them to get out of the social anxiety caused by the disease. Counseling and reassurance are two options that should be considered.

One may genuinely doubt if an ancient science like Ayurveda has described a neurological condition like this. Ayurvedic treatises are something that needs to be read between the lines, especially those about neurological and psychological diseases-most of the points that seem far-fetched or fantasy will appear as facts once you get into them. Charaka Samhita, an Ayurvedic scholarly treatise that dates back to the 1st millennium BC, has briefly described features that could be correlated to Prosopagnosia. Chapter 11 of Charaka Samhitha Indriya sthana mentions various types of agnosia and perceptual abnormalities, and in the 21st verse, a state where the patient becomes unable to recognize the near and dear can be spotted.

Here, maha mohavruta mana means ‘a confused mind’. Acharya Charaka says that the affected person will easily get confused between nearby ones, even if they are his relatives (swajanam) or acquaintances (janameva va) as if he hasn’t seen them before (pashyannapi na pashyati). Also, while going through any Samhitha, one can undoubtedly see the term Indriya buddhi. According to Ayurveda, there are 5 basic indriyas (sensory organs)- chakshu (eye), srotra (ear), ghraana (parts associated with olfaction), rasana (parts associated with taste perception), and twak (skin). Each of these indriyas is thought to have its own modes of recognizing its corresponding stimuli (buddhi). The function of chakshurindriya is to recognize visual cues. What happens if the chakshurbuddhi is impaired? The person will fail at acknowledging the visual hints. The face is indeed a visual stimulus, and therefore a deranged chakshurbuddhi can be correlated to various visual agnosia, including prosopagnosia.

Ayurveda has complex but effective management strategies when it comes to neurological disorders. Panchakarma and allied procedures, mainly Nasya (nasal drops), snehapana (intake of ghee processed with necessary herbs), and murdha taila (4 types of procedures on the head using oil) are good for tissue rejuvenation, clearing the channels and sinuses, etc.

Ayurveda is a science backed with scholarly wisdom of over 5000 years. Treatises by expert ancient physicians and the experience of centuries have helped Ayurveda to stand the test of time. Planet Ayurveda is proud to carry such a mesmerizing tradition. We are globally known manufacturers of various Ayurvedic products including tablets, teas, herbal supplements, capsules, powders, juices, and cosmetics, which are suitable for all age groups. We have been striving to make Ayurveda a household name for 20 years, and it shall be noted that this journey has been highly satisfying. Our team of expert doctors who will settle down for nothing but quality healing is grateful for this opportunity Ayurveda has given us.

This is a 100% natural product that aims at boosting memory. The ingredients like Brahmi (Bacopa monnieri), Vacha (Acorus calamus), and Shankhpushpi (Convolvulous pluricaulis) are known for their powers to sharpen the intellect.

Dosage: 1-2 capsules daily, with plain water, after meals or as directed by the physician.

This classical formulation fortified with the goodness of goat milk, Sigru (Moringa oleifera), Vacha (Acorus calamus), and trikatu is an excellent brain rejuvenator. It improves cognitive functions and is highly recommended for children.

Dosage: ½ teaspoon followed by warm water once daily, or as directed by the physician.

100% organic capsules made from Brahmi (Bacopa monnieri) and Ashwagandha (Withania somnifera) praised for their action in improving neuronal functions and managing nerve-related problems. Suitable for all age groups.

Dosage: 1-2 capsules daily with plain water, once daily or as directed by the physician.

Contact Planet Ayurveda to provide you the costing / ordering and delivery information at – costing.planetayurveda@gmail.com or call at +91-172-5214040 Or Check Website – www.PlanetAyurveda.com

This is a society that holds stigma toward many health issues, both physical and mental. Despite all the awareness given, the social setup is still unkind to the affected ones. Conditions like Prosopagnosia can weigh people down easily, and it is important to stand with them. Let us educate ourselves and work on raising a more compassionate world.