In this article our main topic of discussion will be a disorder that hampers the normal functioning of male genital organs known as “non ischemic priapism”. such kinds of disorders lead to a bad impact on the nervous system of the body as well as it will lead to complications like mood disorders, depression etc. Ayurveda deals with such malady by going into the base level of pathology and eliminating the root cause of disease (nidan parivarjan chikitsa). So let’s start discussing this in detail.

The term priapism means prolonged erection of the penis. The erection continues to persist for a longer duration of time and generally isn’t caused by sexual stimulation. This condition generally affects males in their 30s and older years of life. Penile erection occurs when blood circulation is proper in the associated structure. Normally when a man gets aroused, the arteries in his penis gets relax and expand in size, that increases the blood flow to the penis and it will become erect and after the stimulation ends, blood flows out from the penile region and penis returns to its flaccid state. 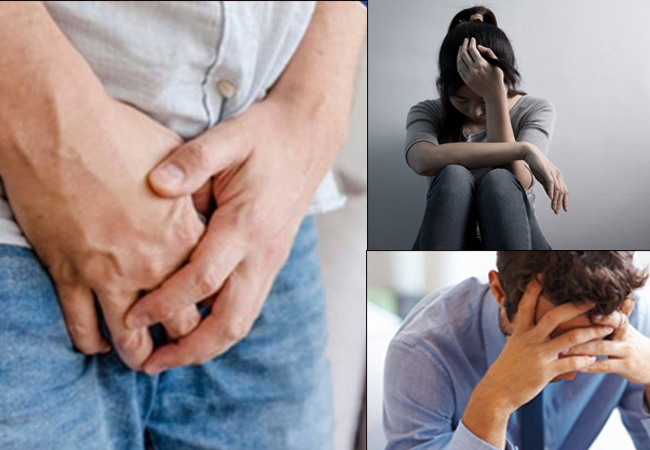 Generally priapism is to two types

These are the main factors (nidan as per ayurveda) that results in formation of an ailment.

Presence of underlying blood disorders such as

Use of antidepressant drugs such as chlorpromazine, trazodone etc.

According to ayurveda: The main causes of shukra vaha srotas dushti are as follow

A symptom means the general complaints along with which patients present in front of the physician. Signs: It means what a physician notices himself by observing the patient’s condition.

It includes the common diagnostic approaches we use to identify the disease.

Through physical examination of the patient by using

According to modern system of medicines

2. Wash of penile region with specially made herbal solutions such as

3. Sanshman chikitsa: (by oral medication) – In this we control the disease by subsiding dosha within the body itself.

Dosage: 20-40ml with equal amount of water after meal. 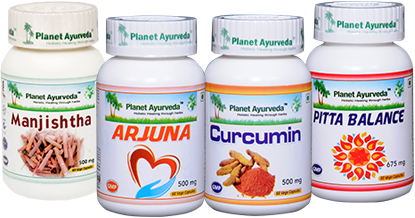 Planet ayurveda is a leading herbal manufacturing unit serving people worldwide with their authentic approach of healing by using principles of ayurveda. They have various herbal formulations that will work very efficiently in conditions like nonischemic priapism. It includes:

This potent formulation is an efficacious blend of

This herbal formulation contains pure and standardized extract of arjuna (Terminalia arjuna). Arjuna is known for its numerous health benefits on the heart and circulatory system of our body. It contains kashaya rasa (taste) due to this it acts very well in detoxifying the blood. It is also enriched with pitta pacifying property thus helping in balancing toxicated pitta dosha. Thus works efficiently in the nonischemic priapism

This herbal capsule contains pure extract of haridra (Curcuma longa). Haridra is a natural herb that aids in wound healing excellently because it is a natural anti-inflammatory herb. It also contains ‘krimighna property thus works as a very good wormicidal herb in action. It also maintains healthy functioning of the immune system thus increases the disease combating power of our body so assists in non ischemic priapism profoundly.

This herbal capsule contains pure extract of manjistha (Rubia cordifolia). This herb is clinically proven as the best blood purifier due to various active principles present in it. It helps in removing harmful toxins out from the blood so it helps in removing non ischemic priapism very profoundly.

Now we can conclude that with ayurveda we can sustainably save ourselves from serious outcomes of nonischemic priapism. Although this ailment got corrected on its own but if not treated at the initial level it might give rise to serious health concerns. So by using medicinal herbs available in our surrounding we can get rid of this problem and attain a healthy body and mindset. For ayurvedic treatment, consider planet ayurveda as your utmost priority. Their expert doctors are serving people worldwide by using an authentic approach of healing with basic principles of ayurveda. You can directly visit them at their clinic located in Mohali, Punjab or can send your query on www.herbalremedies123@yahoo.com